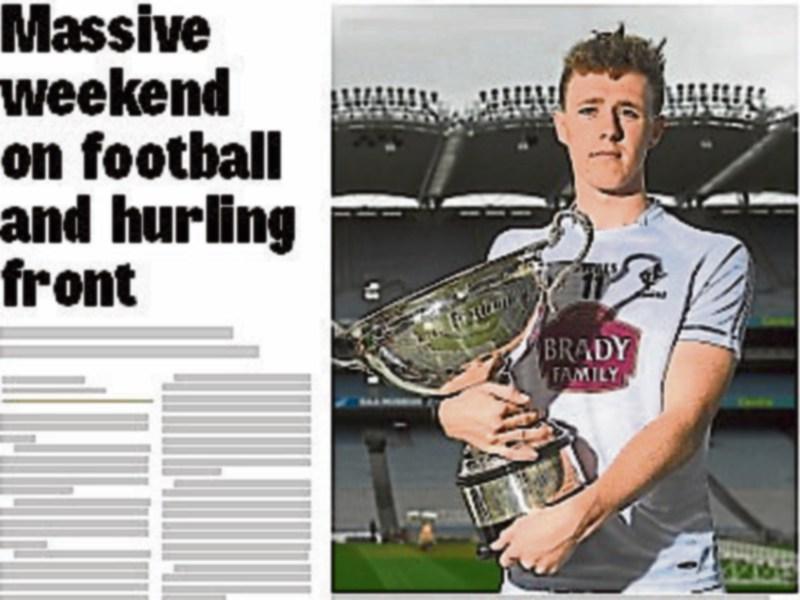 Massive weekend on GAA front as Kildare hurlers bid to bring home the Christy Ring Cup; footballers take on Longford in Round 2 of the Football Qualifiers while the junior footballers contest the Leinster final.

Previews, interviews and opinion on the big games as we talk to Joe Quaid and Kildare hurling captain Brian Byrne.

Kildare U20 footballers cruise past Wicklow as Jimmy Hyland sets the standard.

Results, reports, fixtures and up-to-date tables as the SFL reaches a crucial stage.

Golf: All the results from the Fairways plus Gavin Lunny’s weekly golf tip.

Newbridge Dogs: Barrack is no joker as he wins for Liam O’Connor.

KDFL: CR Wynne Feeds Senior Division weekly focus; plus all the results, fixtures and tables along with Jason Devine strikes as Clane chalk up vital away win and Athy tops against Liffey in five goal thriller.

Kennedy Cup: KDUL make it to the final of the prestigeous tournament for the very first time.

All that and much more in this week’s Leinster Leader … in the shops now.