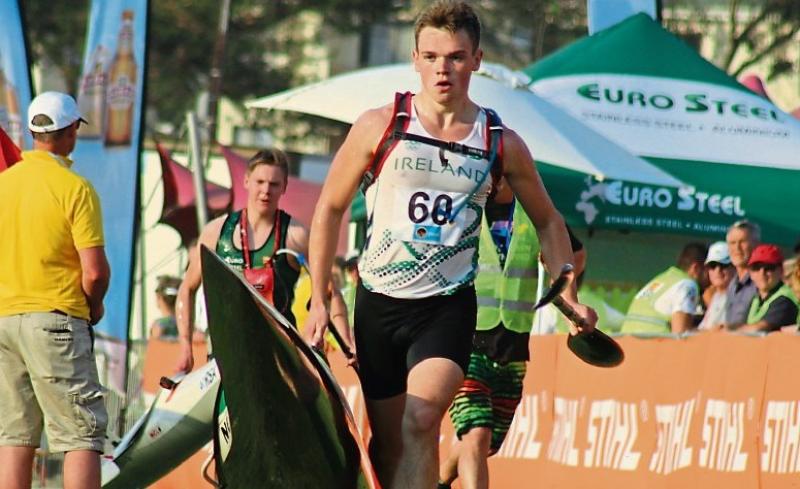 Ronan Foley of Kilcullen Canoe Club dominated the junior competition at the marathon canoeing World Cup in Viana do Castelo in Portugal on May 26, 27.

A 5th year student in the CBS in Naas, Ronan celebrated his 18th birthday while at the championships. He now turns his attentions to the European Junior Championships in Metkovic in Croatia on July 6.

For anyone wishing to follow in Ronan’s footsteps or take up the sport of canoeing, you can contact Kilcullen Canoe Club on Facebook or drop down to the club weekdays from 7pm.