Fundraiser for European Championship team in Maynooth this Saturday 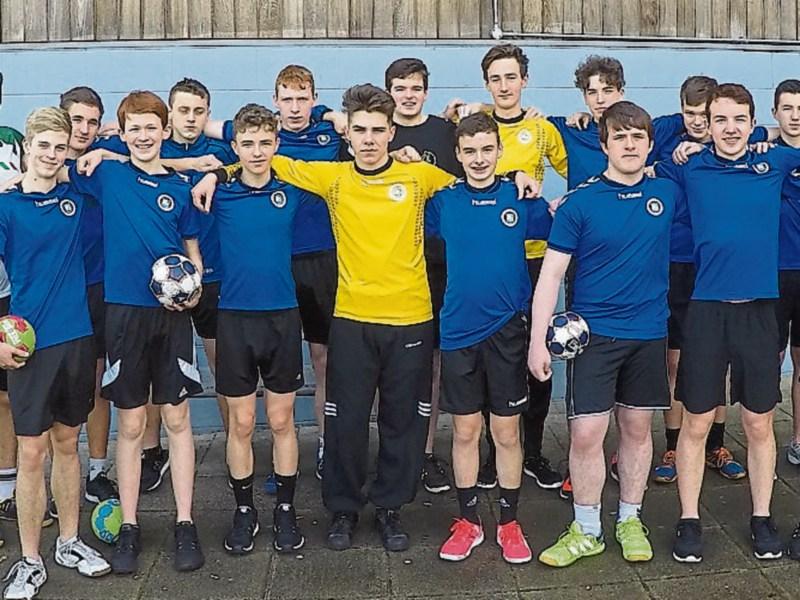 The Irish U18 handball squad at training

Kildare will be well represented in the Irish team in the U18 Olympic Handball European Championships in Austria in August 2018.

A fundraising event will be held in Maynooth this Saturday, June 2, to help support the team, which has a big Maynooth complement.   A car boot sale will take place at the car park for the Boys National School in Maynooth car park from from 8.00 am – 12 noon.

Spokesperson, Geraldine Bean, said that Olympic Handball in Ireland has “unfortunately” very few resources so a fundraiser has been set up by the Maynooth players.

Ms Bean said Olympic Handball in a growing sport internationally and has been growing steadily in Ireland in recent years.

The final selection has now been made for the team and eight Kildare boys have been selected to represent Ireland. “This is a fantastic achievement and we can be very proud of boys who have worked very hard over the last number of months.”

The U18 team took part in the Irish Olympic Handball Association (IOHA) Cup and U18 camp held on March 24-26 last in Gormanston Park. Irish coach, Alexander Markovic, was joined by Michal Hradil, an expert Handball coach.

His addition completes the Irish coaching team together with local Maynooth resident, Hartmut Krahn, who manages the team.

Michal is a professional coach currently in charge of the HK AS Trencin (Slovakia) Women’s team who play in the International League. “Michal sees great potential from our young Irish players,” said Geraldine.

She said competing on the international stage will be a challenge for our boys as this is the first time that Ireland will take part in this event. “The boys will be joined by seven Irish players living abroad who play to a high standard in European clubs. Boys from Germany, Sweden, Finland, England and Spain will join the team. These boys took park in the Gormanston camp which was an excellent opportunity to get to know their fellow team mates and gel as a team. There will be a further training camp in Slovakia in the run up the championship.

Any contributions to help send the team to Austria are very welcome. Please email fundingolympichandball@gmail.com for more information.