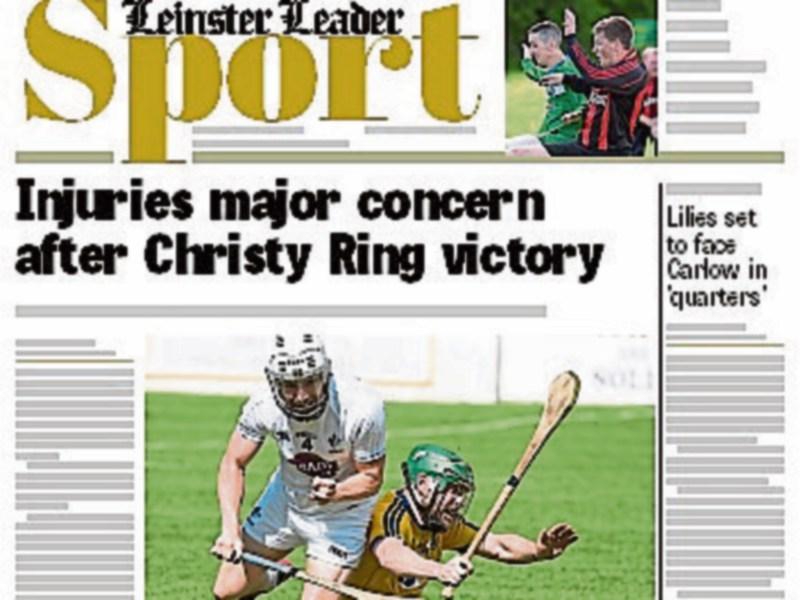 Sarsfields make a statement as Leixlip make no mistake at second time of asking in SFC.

Few shocks in meaningless opening round of games while Tommy Callaghan asks can Kildare afford to leave Ben McCormack on the sidelines as Leinster campaign beckons.

Full reports on all senior, intermediate and junior championship games from the weekend.

Golf: weekly golf tip from Gavin Lunny plus all the results and notices from around the county.

KDFL: all the results, fixtures, reports, news and up-to-date tables

All that and much more in this week’s Leinster Leader Sport … in the shops now.