Rheban look one of the strongest in the Junior Football Championship 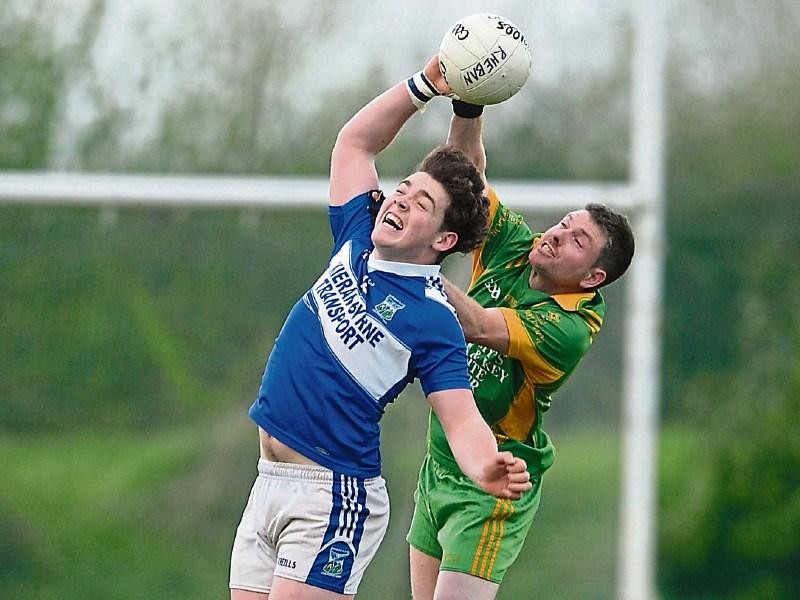 Tom Cross Transport has been a great supporter of the Junior Football Championship and the popular Sallins man is once again lending his name (and cash) to this season’s event.

As usual the Junior Football Championship is run in two groups; nine teams in total, five in one and four in the second.

Section A sees Milltown, Rheban, Caragh, Grangenolvan and Rathcoffey seeking to emerge while in Section B the four teams are Castlemitchell, Cappagh, Ballykelly and Robertstown.

There may be just nine teams in this grade but picking an eventual winner is nearly more difficult than either the senior or the intermediate.

Last season, Caragh lost out comprehensively to Ballymore in the final.

Robertstown are the only side not playing league football in Division 4 but they are struggling in Division 3 with just one win at the time of writing.

Still Robertstown are one of those teams that always perform better in the championship.

Of the rest Rheban look the strongest while Ballykelly might cause a shock or two along the way.

SEE ALSO: Difficult to assess who will come out on top of Kildare Intermediate Football Championship