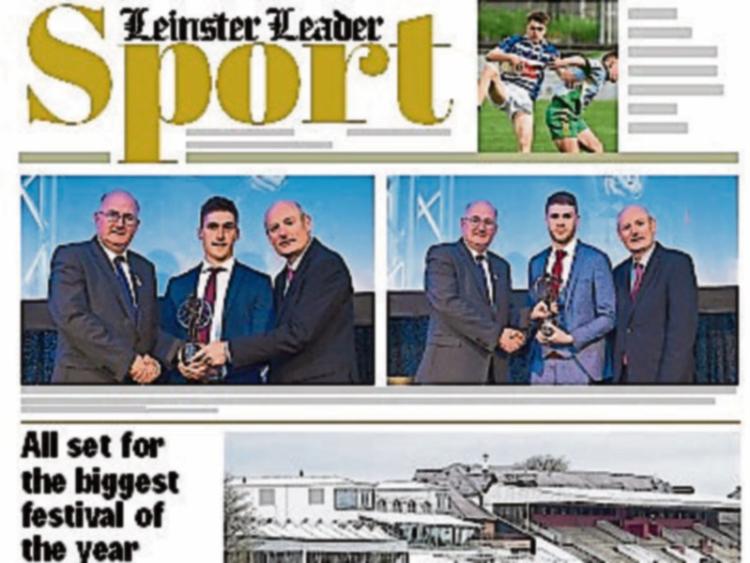 All set for the biggest Punchestown festival ever.

Moorefield boys Éanna O’Connor and James Murray pick up their Club team members of the Year Awards in Croke Park.

Athy, Naas and Confey tied at the top of the SFL, wins for also for Moorefield and Towers as Celbrige hold Sarsfields.

Ladies crash out to Wicklow in League semi final.

Racing: A Guines Classic dual worth waiting for (Robert Catterson).