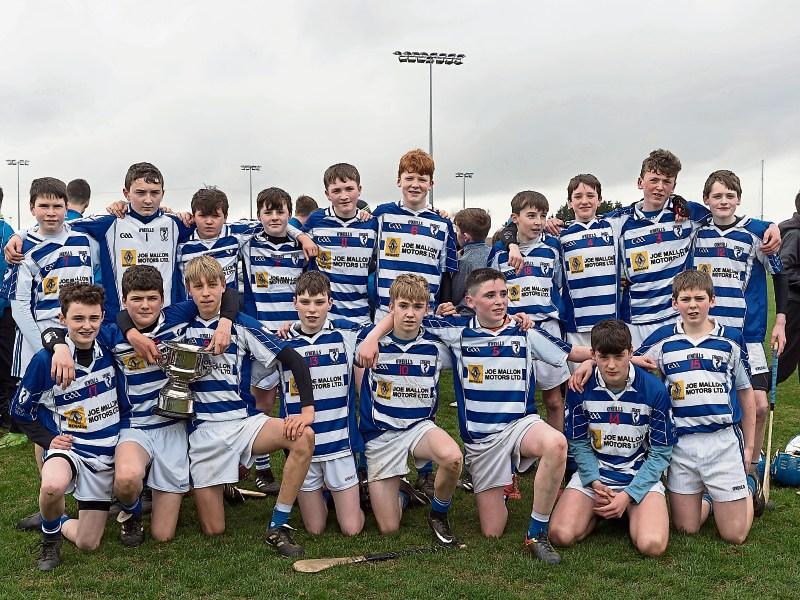 It is not today or yesterday that underage hurling has been dominated by Naas in the county of Kildare.

However, on Sunday last even by their extraordinary high standards, what they have previously achieved was pushed into the back ground, momentarily at least, as the boys in blue and white chalked up what can only be described as an unprecedented fifth Féile 'A' title in five years.

Naas have dominated underage hurling in Kildare in recent years and if Sunday's victory over a very game Éire Óg Corrachoill side is anything to go by, that dominance is only going to continue.

Already Naas have shown their class by successfully competing at underage level in no less a hot bed than Kilkenny. They have more than held their own with the very best The Cats have offered but not alone that, Naas hurlers over the past number of years have travelled to the strongest hurling counties throughout the entire country and came home with the honours.

It is certainly testament to the work that has been undertaken at underage level in Naas over the years.

And while they have still to make their mark at senior level, they have just six senior titles to their credit, but two wins on the trot in 2001 and 2002 looked like they were on their way but after that they did not reach a senior final again until 2016 when they lost out to Celbridge while last year it was Ardclough who caused a major shock defeating the hot favourties in the senior final.

But have no doubt with the underage sides thriving it is only a matter of time, one would imagine, before Naas convert their underage success to the highest level.

For now though it is all about the U14 side, five Féile wins on the trot.