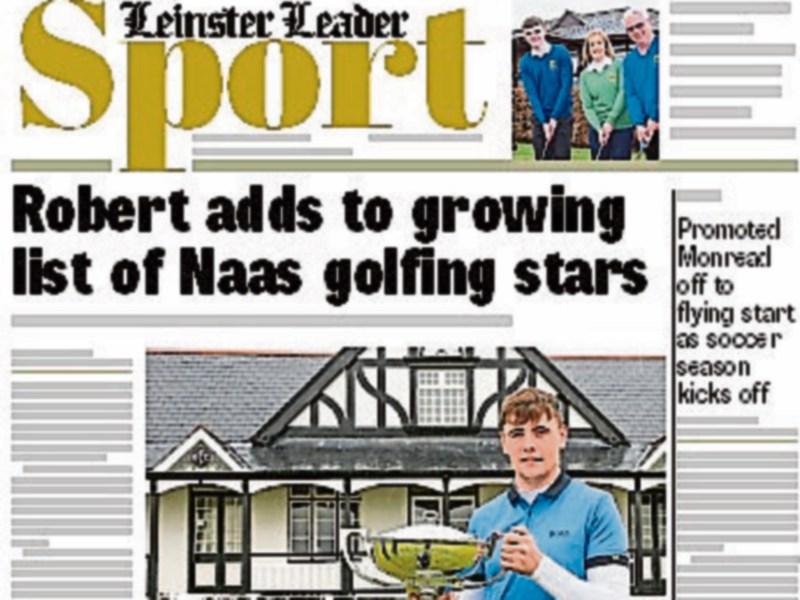 Naas take hold of early silverware with U20 final win.

Roli pops up late to deny Sarsfields victory in SFL as Confey shock Naas with second half comeback.

Soccer: Promoted Monread off to flying start as soccer season kick off. Plus reports, results, fixtures as the season steps up a gear in this their 25th year.

Rugby: Naas and Barnhall still have to work to do (Dermot O'Mahoney).

Racing: recalling the greatest National of them all (Robert Catterson).

Dogs: Burrow gave it some socks on the home straight.

All that and much, much more in this week's Leinster Leader, in the shops now.