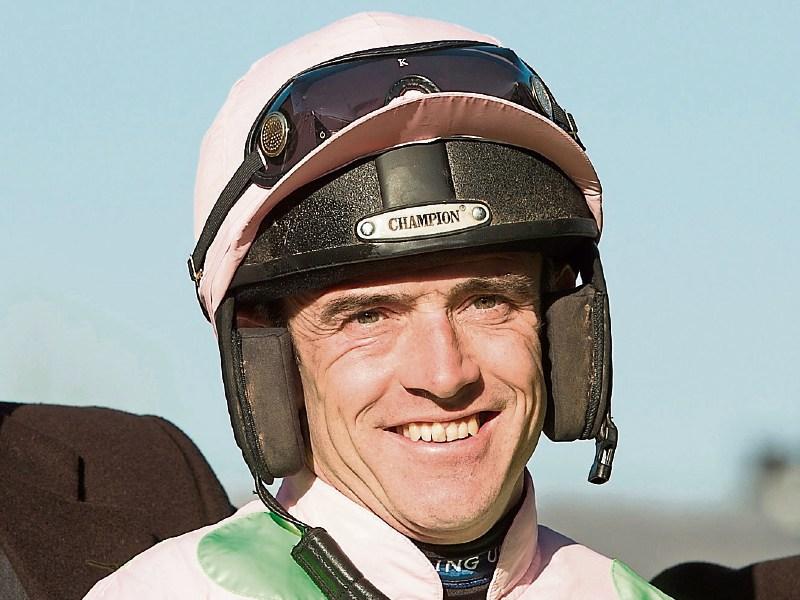 Kill native, Ruby Walsh hopes to be back in action for next months' Punchestown Festival.

Having just made his come back from injury after four months out of action, the week before the Cheltenham Festival, the former champion jockey was again sidelined following a fall from Al Boum Photo in the RSA Insurance Novices' Chase on the second day of the festival.

At the time, it was not clear how bad the injury was.

Walsh has now told Racinguk.com: "I saw my doctor Diarmuid Moloney and the diagnosis is that it's a very similar fracture on the inside of the original one, which has effectively opened up.

"It's good news in that the cast has come off and I am in an air-cushioned boot right now. I don't know exactly how long it will take to heal but it means I am hopeful of getting back for Punchestown - Aintree is not going to happen for me though.

"The prognosis could have been a lot worse and I just have to treat this as just another setback. I am determined to get back in the saddle for Punchestown and hopefully finish the season on a high."