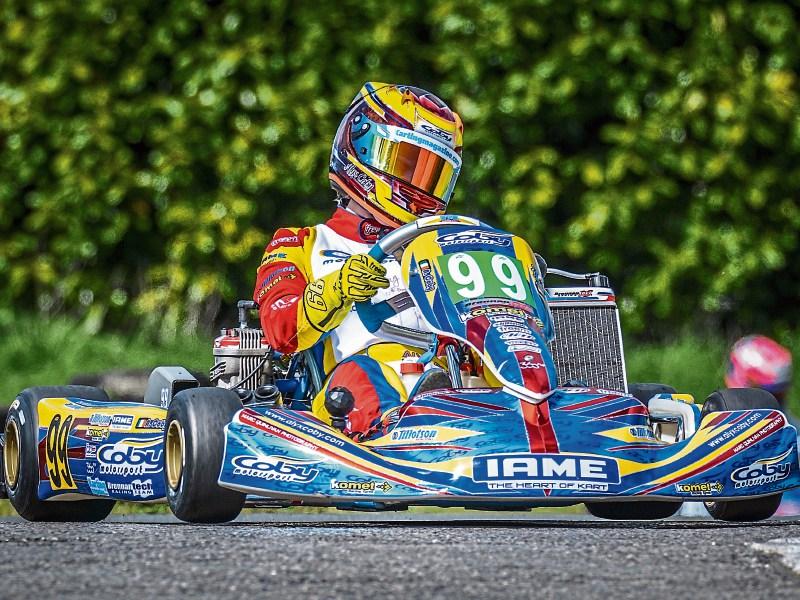 The 2018 Motorsport Ireland Karting Championship gets under way this weekend at Whiteriver Park in Co. Louth.

This year will see 13-year-old Alyx Coby, from Newbridge, embark on her sixth season in the Championship.

Alyx races in the IAME X30 Junior class which caters for drivers aged from 11 to 15. With a 125cc IAME engine, these karts can reach speeds of up to 130 km/h.

Impressing everybody in 2017 when she finished in third place in the Championship, Alyx had her best season to date, achieving seven podium finishes and one race win - plus she also set the fastest lap on six occasions, including setting the lap record on Mondello Park’s Junior karting track.

In a closely fought season any of the top three competitors could have won the title right up final race of the season.

That third place result secured Alyx a place to compete at the prestigious IAME International Final at Le Mans in France last October against 130 of the world’s best drivers.

To prepare for the new racing season, the first year student from Gael-Choláiste Chill Dara has spent the winter months at test sessions, racing in the UK and training with Newbridge Kenpo Karate Club and aims to build on last season’s success.

“The goal for this season is to win the Championship and also to qualify to race at Le Mans again,” Alyx says.

With 20 races over 10 weekends, the Championship will make three visits to Mondello Park along with circuits being held in Cork and Meath before coming to a close in September.