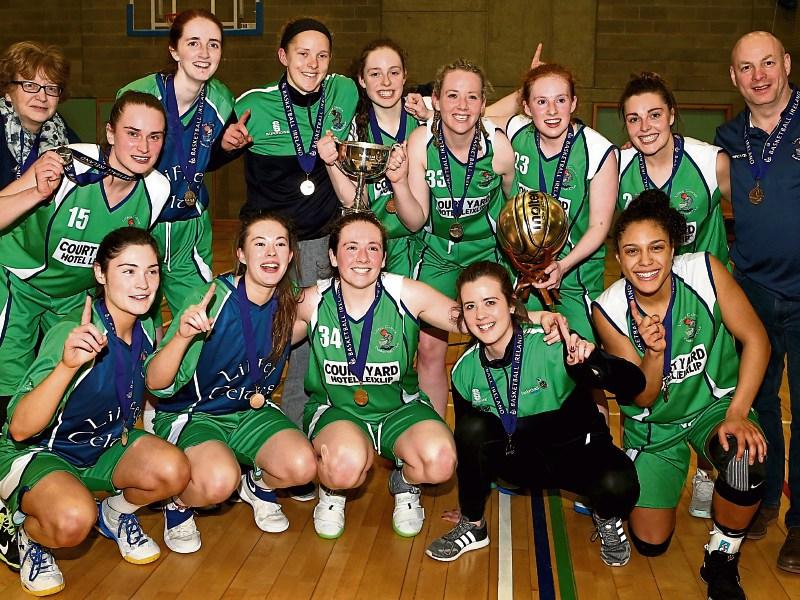 Leixlip Amenities Centre will play host to a tantalising top of the table clash in the Women’s Super League this weekend as table toppers Courtyard Liffey Celtics prepare to host Ambassador UCC Glanmire.

Celtics currently lead the league with just two losses, but Glanmire are closing in on them with just three losses under their belts. A win for Liffey would give them an extra cushion against their closest rivals, but should Glanmire take the points, the title race will be blown wide open once more, as both teams will have the same number of losses.

Elsewhere in the women’s league, DCU Mercy will be looking to bounce back from their loss to Singleton SuperValu Brunell last weekend, which saw them move to four losses in the season. They host Portlaoise Panthers this coming Sunday, and will need to get back to winning ways to keep their title hopes alive. Brunell meanwhile will be aiming to continue their good form at home when they welcome Maxol WIT Wildcats, while bottom of the table NUIG Mystics host IT Carlow Basketball.

In the Men’s Super League, every game counts for the top five teams, with all still in with a shout of the title race. Garvey’s Tralee Warriors have a mammoth task ahead of them as they face an in-form Griffith College Swords Thunder at home in the Kingdom on Saturday night. Thunder are the form team in the league at the moment, winning six straight, but their title credentials will be tested in front of a capacity crowd at the Complex. The winner of the game will keep themselves in contention for the title, while a loss would severely damage either team’s aspirations.

League leaders UCD Marian meanwhile face a very tricky trip to Belfast Star on Friday night. Two wins in three days for the Dublin team last weekend saw them regain their spot at the top of the league table with just three games to go, but Belfast Star - who ran Templeogue very close last week - will pose a difficult challenge. The IWA in Clontarf will see two of Ireland’s most storied clubs go head to head as Pyrobel Killester host UCC Demons. Killester are still in the hunt for the title, while Demons are looking to secure the final playoff spot in the top six.

At the other end of the table DCU Saints host Maree while Éanna travel to face a buoyant KUBS team fresh off their first win of the year last weekend. With Maree and Éanna currently tied on four wins, any points secured at this stage of the season could be critical for survival. On Sunday, Cup winners and defending league champions Black Amber Templeogue travel to Moycullen as they battle to secure a second successive league title.

The title race in the Men’s Division One is also overheating, with a three-way tie at the top of the table between Keane’s SuperValu Killorglin, Neptune and Ballincollig. This Saturday night sees a top of the table clash between Killorglin and Neptune in Kerry, and the Kerry team will be hoping to bounce back after a tough one-point loss to Ballincollig last weekend. Indeed, Killorglin won both the league and the Cup ties against Neptune earlier this season, but will need to be at their best to overcome a determined Cork outfit. Ulster University Elks meanwhile will host Fr Mathews in a critical game for Mathews if they are to battle for a top four spot.

Despite the League champions already being crowned in the Women’s Division One, there is still lots to play for. Play off places will be impacted by two huge games, as fifth placed Meteors face UL Huskies on Saturday, while third place Griffith College Swords Thunder will be hoping to hold onto their position with a win against Fr Mathews.