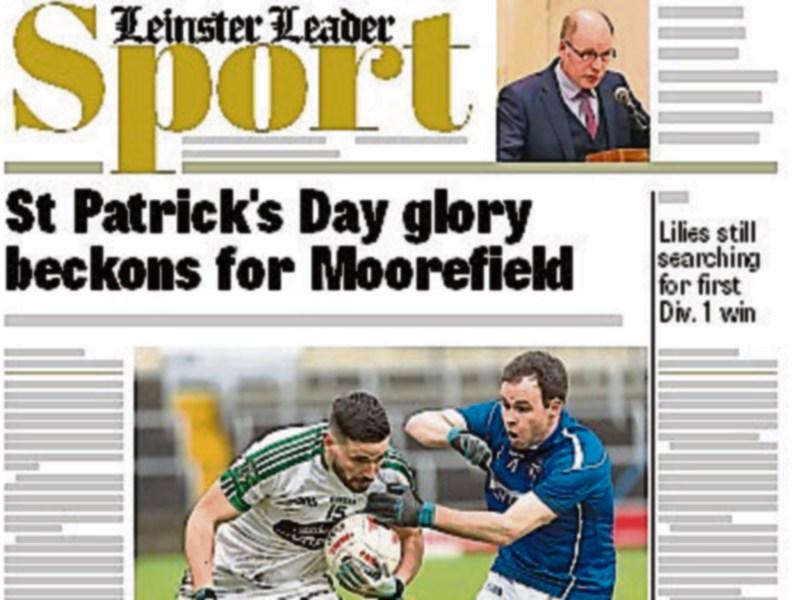 Close but still no cigar for Lilies as Tyrone triumph by a point.

St Patrick’s Day glory beckons as Moorefield take on Corofin in the All Ireland Club semi final this Saturday.

Hurlers in need of a win to give them that much needed fresh impetus as they take on Kerry this Sunday.

New championship proposals get green light despite some major concerns.

A leopard can’t change its spots, don’t believe a word of it. A look back on last week’s Kildare GAA County Board gathering (Tommy Callaghan).