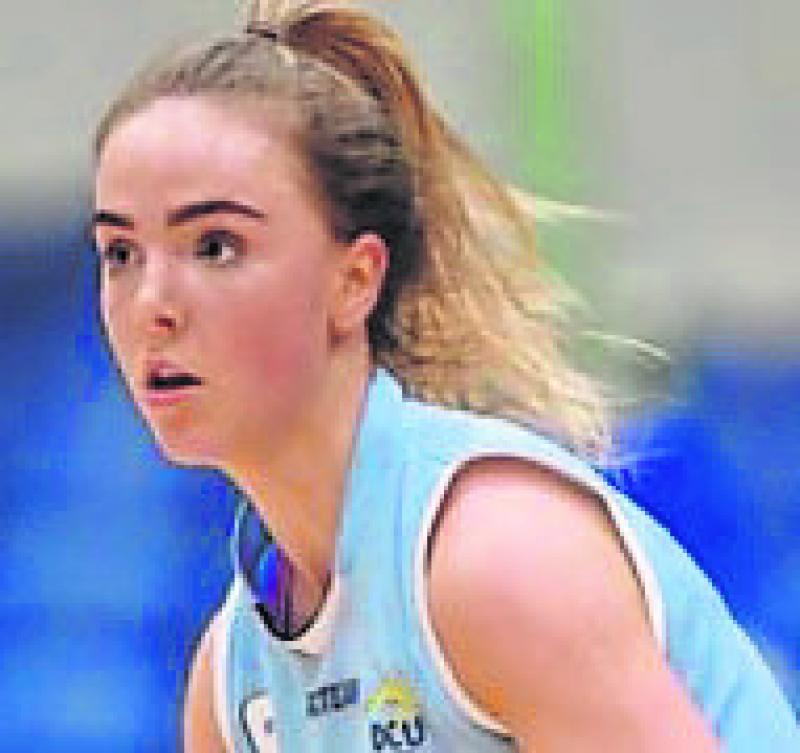 Nicole starred in the U20 Cup win V Brunel on Friday evening where she led all scorers with 15 points and 8 assists. This was followed by success V’s Glanmire in the U18 Cup decider on Saturday.

The weekend was wrapped up on Sunday when her DCU Mercy team won a nailbiting senior Cup final 72–71 against defend-
ing champions Glanmire.

This weekend repres-
ents Nicole’s 5th National Cup title in the last 2 years as her DCU Mercy team were defending their U18 and U20 cup titles.

Nicole, who has already represented Ireland at U16 and U20 International level, is a 5 th year student from St Mary's College in Naas, a former member of Naas BC, she transferred to DCU Mercy last season.