Money raised to go towards tumour treatment for local girl 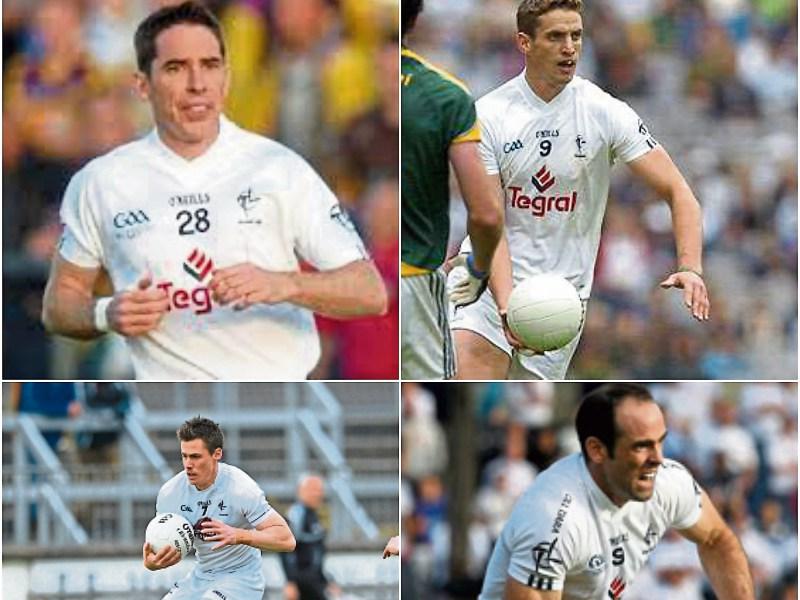 A host of former Kildare GAA stars will take to the pitch this weekend in an effort to raise funds for tumour treatment for local girl, Sophia Conway.

Sophia (3) was diagnosed with a brain tumour in December 2017.

While an operation to have the tumour fully removed was successful, Sophia needs more special treatment, only available abroad. 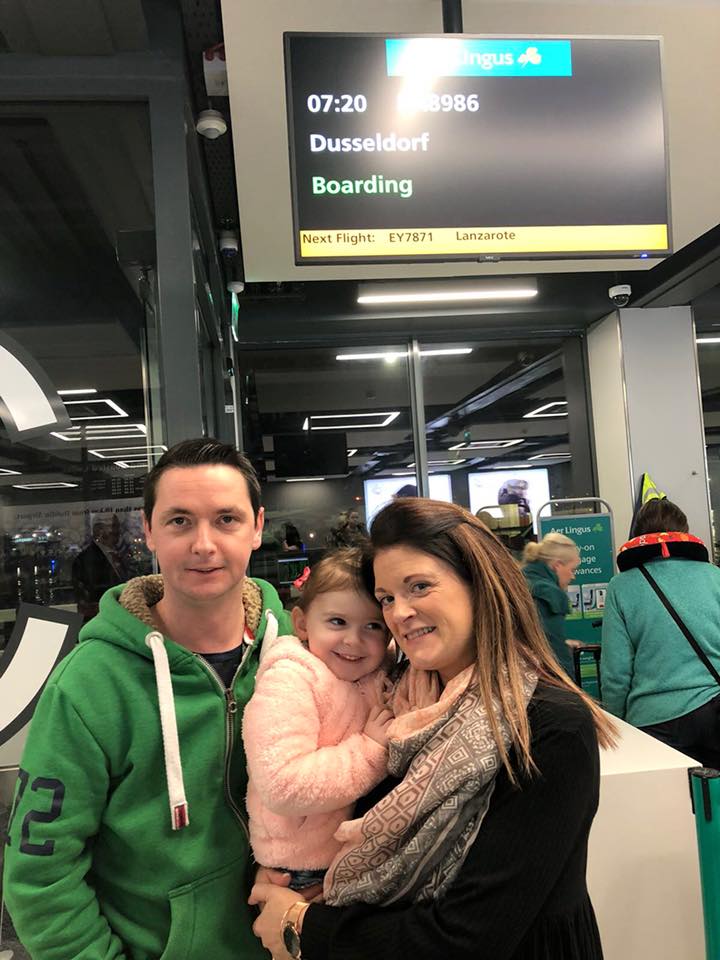 Martin, Sophia and Michelle leaving for Essen on January 29.

Former Kildare player, Mikey Conway, who is Sophia’s uncle, is spearheading the event. 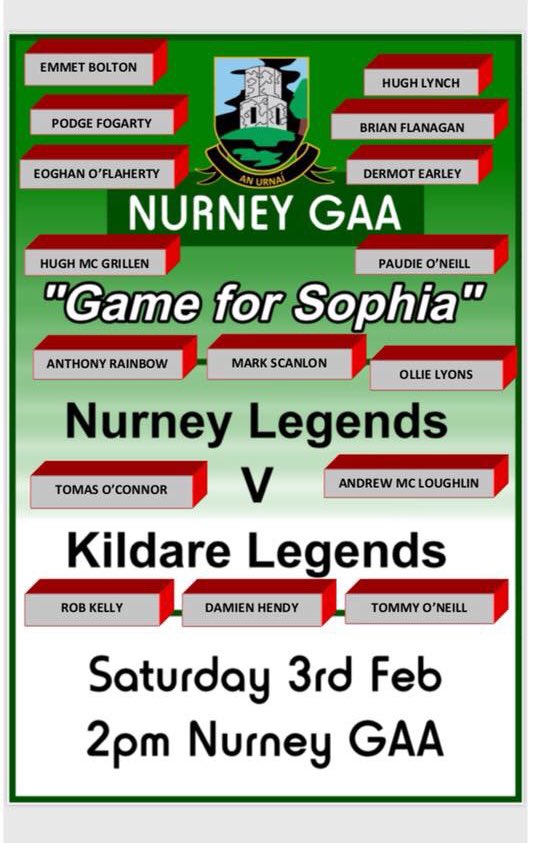 Conlans of Booleigh, near Athy, will also hold a coffee morning on Thursday, February 1, from 9:30am-12pm.