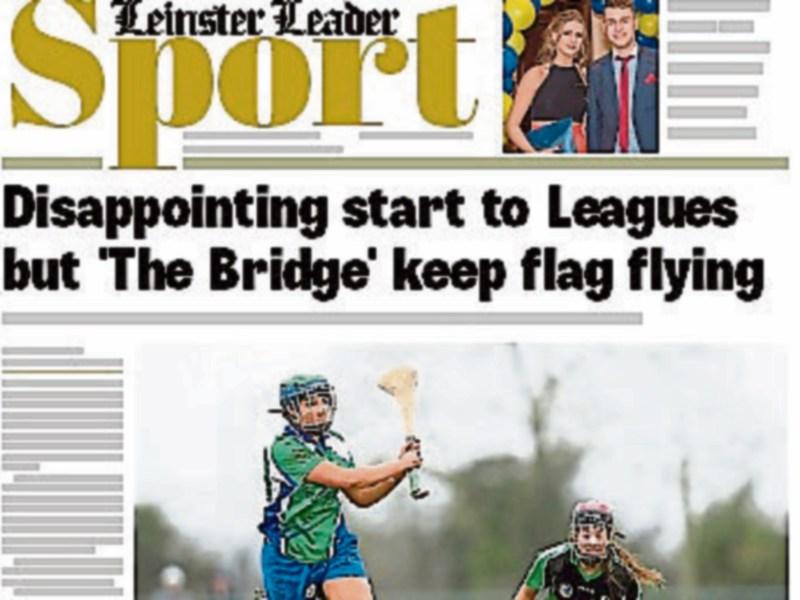 Disappointing start to Leagues but ‘The Bridge’ keep the flag flying.

Reports, reaction, and comment from a hectic football, hurling and camogie weekend.

Unlike The Dubs, Lilies lack of a ‘hit man’ very costly (Tommy Callaghan)

Kildare’s Top 10 Memorable Sporting Moments and an opportunity for you to have a say.

All positive as Kildare Hurling Action Plan is launched.

Newbridge go down fighting in Towns Cup clash with Skerries.

Racing: Dublin Festival should make us all the wiser (Robert Catterson).

Hockey: Naas 2nds get the better of Avoca, again.