THE PUNTER'S EYE: Four horses worth backing this weekend

Cork and Naas in the spotlight 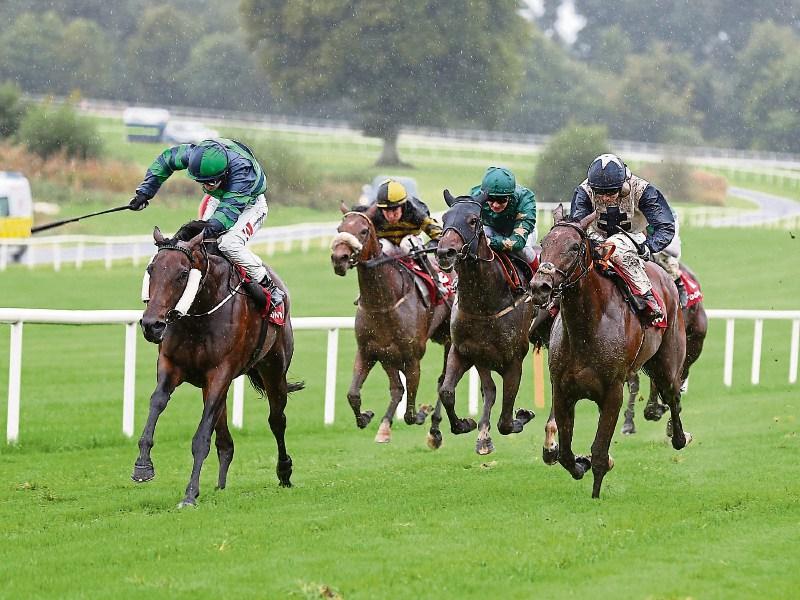 THE PUNTER'S EYE: Four horses worth backing this weekend

Cork's Saturday card kicks off early and local trainer Michael Winters could provide a quickfire and unlikely winner for punters in the very first race at 12:20. CHATHAM STREET LAD (12/1) is still a maiden after three hurdle starts, and in truth, he hasn't really been close enough in any of those races to make a case for plain bad luck. He was more than two lengths behind MONBEG CHIT CHAT on debut last March, and in his most recent run on December 17, he was streets behind DOM DOLO at Thurles. It's the middle run of the three that sparks my interest, where he was 18 lengths behind the promising TRAINWRECK at Clonmel in early November. He was fourth that day, and interestingly finished half a length ahead of CELEBRITY STATUS, a horse that ran up to a mark of 107 in a subsequent race. That puts CHATHAM STREET LAD around a similar standard and he gets three pounds from top weight and 113-rated THE BIRDIE CROWE on Saturday, making him very competitive. Having just three runs under his belt, further improvement can be expected if you can forgive him his latest run. He'll be an outsider so decent odds will be available.

Willie Mullins has been struggling with some of his big guns of late, but one going nicely under the radar is LIVELOVELAUGH (3/1) who takes to the line for the 14:30 at Cork on Saturday. There is very little between Noel Meade's BURGAS and the Mullins runner, but the nod tentatively goes to LIVELOVELAUGH. He ran well last season, beating AUSSIE REIGNS by 20 lengths in February 2017, and going on to run at Cheltenham and credibly behind stablemate OPEN EAGLE at Punchestown. After a break, he returned to finish third, just five lengths behind THE STORYTELLER in early December. The form lines with both LIVELOVELAUGH and BURGAS run through the same horse, the reliable SUTTON MANOR. The Gordon Elliott-trained six-year-old was less than a length ahead of LIVELOVELAUGH in that race won by THE STORYTELLER, while he was the same distance ahead of BURGAS at Down Royal on St. Stephen's Day. Both will handle the soft to heavy ground at Cork on Saturday, but the nod goes with Willie's horse. He is an eight-year-old, still improving and has won over this trip.

Elsewhere on Saturday, the re-fixed Welsh Grand National takes place at Chepstow at 14:05 where Irish handler Gavin Cromwell sends RAZ DE MAREE (16/1). This horse has decent staying credentials and was in fact second in this very race 12 months ago. He finished behind impressive and rising chasing star NATIVE RIVER on that occasion, no mean feat against a horse that went on to finish third in the Cheltenham Gold Cup. RAZ DE MAREE is a sort of journeyman horse that pops up in big staying chases, like the Irish National in which it was pulled up after the rider lost the irons last year. Notably, he has put together two consistent runs coming into this race, something he hasn't achieved since around this time last year when he was chasing NATIVE RIVER home. He has been second in those two most recent runs, including when chasing home RED RISING from Dan Skelton's yard in December. Cromwell's 12-year-old has never been exceptional, but is a reliable sort, and could be set for a form renaissance in the twilight of his career. He'll handle the ground, can carry 11st 1lbs and has the benefit of five-pound claimer James Bowen.

On Sunday, one of the most exciting hurdlers around, NEXT DESTINATION (4/9) is looking for a third win on the bounce in the 13:45 at Naas. He will be an odds-on shot but there may still be value around some of the supplementary markets available with some bookmakers. Considering the closest rival to him in the market is SPEAK EASY at 6/1, the bookies clearly think this one is a good thing, and with a likely favourite's chance in the Albert Bartlett at the Cheltenham Festival, that assertion could very well be confirmed. He accounted for SOMEDAY by 13 lengths on hurdling debut at this track in November, and showed it was no fluke when seeing off the re-opposing CRACKING SMART by more than five lengths in little more than a canter at Navan on December 17. The great white hope for the rest, namely JP McManus, Joseph O'Brien and Barry Geraghty, is the unbeaten SPEAK EASY. He moved from Sean Doyle to the hands of Joseph O'Brien after a good point-to-point win at Kilworth last March, and made his debut for new connections a winning one when collecting a decent maiden hurdle at Navan on December 9. He's seen little in the way of top opposition and a horse of the quality of NEXT DESTINATION, with Prestbury Park in his sights, should make light work of him and the rest of this field. In the extra markets, a bet on NEXT DESTINATION to win by more than three lengths would be a shrewd one.