Best of 2017: The good wine kept till last as Moorefield defy all the odds 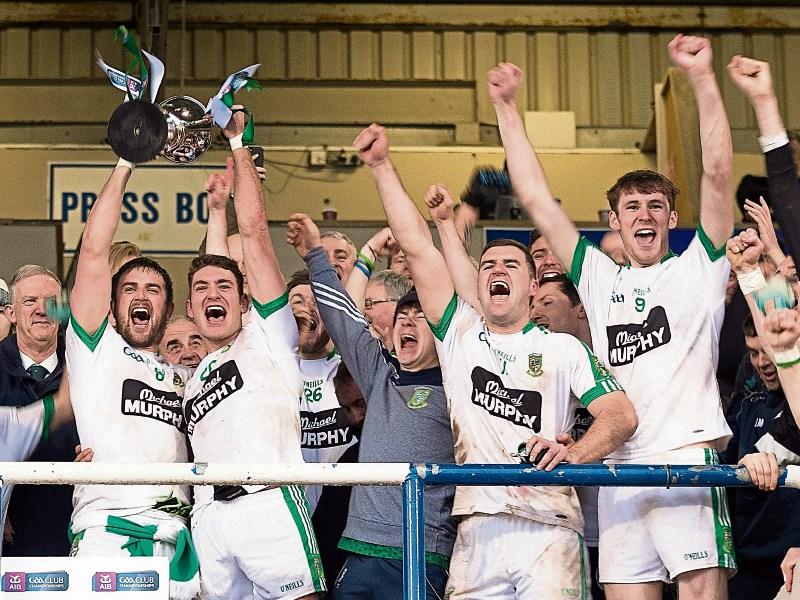 And so as we reach the last few days of 2017 there has rarely, if ever, been a more dramatic ending to a season as we witnessed in the AIB Leinster SFC Club final.

It has been described as a comeback the likes of which we have never seen, in this, or any sport.

And how right that is.

Grown men and women were seen wiping their eyes as emotions covering both ends of spectrum had fans over overjoyed and/or in despair when that final whistle brought to an end a match of high quality laced with top class football; some dramatic scoring but with an ending that simply could not have been scripted.

On the county scene and despite a disappointing ending when losing out to Kieran McGeeney's Armagh, overall it was a very positive season for Cian O'Neill and his footballers that began with The Lilies gaining promotion to Division 1.

Even the two defeats at the hands of Galway, the first game in Salthill, the final league game, Kildare having already qualified for the final and promotion already guaranteed.

That was a narrow defeat but considering Kildare gave game time to many fringe players that day, they looked forward with confidence to the Division 2 final, in Croke Park, a week later.

Back at full strength Kildare looked to be heading in the right direction before Galway upped their game, claimed victory, clinched the league title, both teams of course also gaining promotion to Division 1.

Regardless, the no. 1 objective was well secured and it will indeed be interesting come the end of January and the start of Kildare's campaign back with the elite in Division 1 of the Allianz Football League.

And so it was on to the championship.

Expectations, as is usual in Lilywhite Land, were high. I often wonder why that is so especially when you consider Kildare's record in the Leinster Championship and beyond.

So in 2017 we were penciled in to meet The Dubs before a ball was kicked in anger.

And, yes, that is the way it worked out, thankfully, with wins over Laois, which is always a great boost as it is vitally important to keep the neighbours in their box.

A comfortable victory, 1-21 to 1-7 put The Lilies into the semi final and a meeting and a very impressive defeat of Meath, 2-16 to 0-13, setting up a clash with Dublin.

And in fairness it has to be said that for long periods of that final Kildare put it up to the Boys in Blue and while there was the usual what might have happened if 'that' goal chance had been taken, or whatever, in the end the champs progressed on a final score line of Dublin 2-23 to 1-17.

And so on The Qualifiers.

And a Kieran McGeeney ambush as Geezer chalked up his best result of the year (and probably his most satisfying at that) as his side defeated Kildare 1-17 to 0-17.

It was a disappointing end to the year of 2017 but having said that a lot of progress has, and continues, to be made.

Still when all is said and done it is Moorefield that the season will be remembered for most, certainly in Newbridge at least, at both ends of the town, but for vastly different reasons I have to say.

Still we can look forward with confidence; The Lilies in Division 1; Moorefield in an All Ireland semi final. What more could you want.

One thing is for sure if Cian O'Neill could get the Moorefield never-say-die attitude into the boys in white who knows what could happy.