Kildare to take on Laois in Walsh Cup opening clash 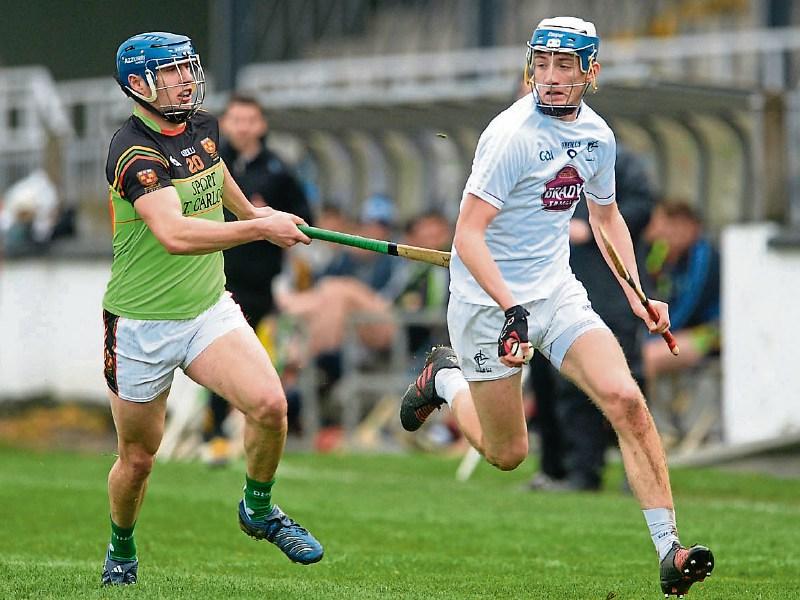 Kildare's Jack Sheridan gets past William Young of IT Carlow in the Walsh Cup game at St Conleth's Park, Newbridge, last season

The big lad may be still recovering from his travels but Kildare hurlers will get their 2018 campaign up and running on Saturday (December 30) when they take on Laois in Hawkfield in the opening game in the 2018 Walsh Cup.

With no colleges participating in this season's early warm-up competitions in both football and hurling, The Lilies will operate in a group that also includes Kilkenny, who incidentally won this competition last season, defeating Galway in the final.

Their task this season looks every bit as difficult and with just the top team in each group making it through to the semi final Joe Quaid will no doubt be looking at the performances, and especially how new members, and returned members, of his new squad, over the actual result.

Not involved at this stage are  Michael Purcell and Ross Bergin (Naas) and Paudie Ryan (Ardclough). Also absent are last year’s permit  players, David Reidy, who has returned to the Limerick senior squad, his brother, Michael as well as Kilkenny All Ireland senior medallist John Mulhall and Tipperary’s Dinny Stapleton.

Joe Quaid has named an initial panel of no less than 42 players as he looks forward to another season at the helm of Kildare hurling.

Ironically, senior county champions, Ardclough, have just one representative on the new panel while beaten finalists, Naas, have no less than 13 players who have made themselves available.

Coill Dubh have 6; Confey 5; Celbridge 4 as have Éire Óg CC; while Leixlip and Maynooth have 2 each with St Laurence's just like the county champons have 1.