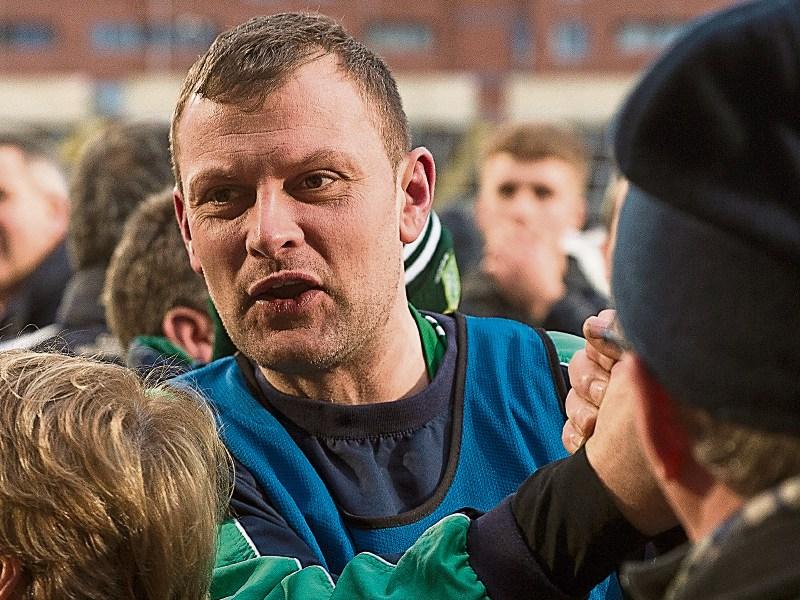 Ross Glavin had a grin on his feasóg as wide as O'Moore Park in Portlaoise on Sunday, yet when he was asked did he feel the game was slipping away from his side when trailing by five points and 59 minutes on the clock, he gave as honest as assessment as he could.

“Let's call a spade a spade, we looked dead and buried” adding “but one thing this group of players have is belief and tons of it, that and a never-say-die attitude.”

And how right he is.

It has been an incredible season for Moorefield, Ross Glavin and his management team of Frank Hanniffy and Kevin O'Neill.

They have seen their star rise and rise, despite every conceivable obstacle being put in their way; from injuries to suspensions; from players going abroad on Defence Forces duties to looking dead and buries on a number of occasions.

Clinching the Leinster Leader Cup final against Naas when looking doomed; from forcing a draw against Confey with a late, free; coming through the senior championship against the best around in Sarsfields, Athy and finally Celbridge when playing for all of 40 minutes down two men.

On to Leinster and a victory over Portlaoise; getting the better of Rathnew in Aughrim and then to Sunday when all seemed lost coming from the far parish to shock St Lomans scoring 1-4 in the final six minutes,  which included five minutes of time added on.

Loman's boss and former manager of Moorefield Luke Dempsey said after the game “the players are in a state of shock, as I am myself; a goal that late in any game gives a team extra momentum and when I saw we were going to play five minutes of extra time I knew it would go to the wire; Moorefield have that never-say-die attitude; they have had it all year; they always have that attitude but this year in particular” adding “when we got the second goal I felt there was only going to be one winner but then we lost two influential players and that was it; incredibly heartbreaking but you have to hand it to Moorefield, they just simply kept at it and got their reward” added a shattered Dempsey as he went to console his players.