Roli is hoping for his second provincial medal this Sunday 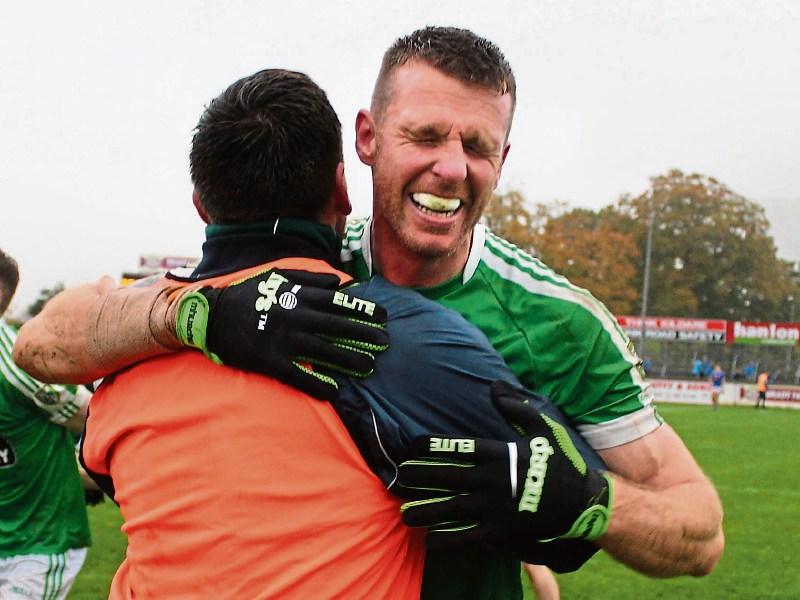 Ronan Sweeney being congratulated after victory in this season's SFC final

He's some man for one man is a phrase we have heard over many years now to describe one of Moorefield's greatest, Roli Sweeney.

Now in his 37 year, he lined out for Kildare for all of 13 years, before retiring in 2013. Time and time again the man affectionally known as simply 'Roli' has broken the hearts of teams, especially when wearing the green of Moorefield.

To date he has no less than eight senior county medals to his credit, one Leinster Club, one Leinster SFC medal and on Sunday he will be hoping for the icing on the cake collecting a second provincial club medal.

It was a few years ago a well know Sarsfields man said, “they should build a monument to Roli such has been his influence for them”  adding “Sarsfields might even pay  for it, providing  he guarantees us he would hang up his boots once and for all.”

That says it all really.