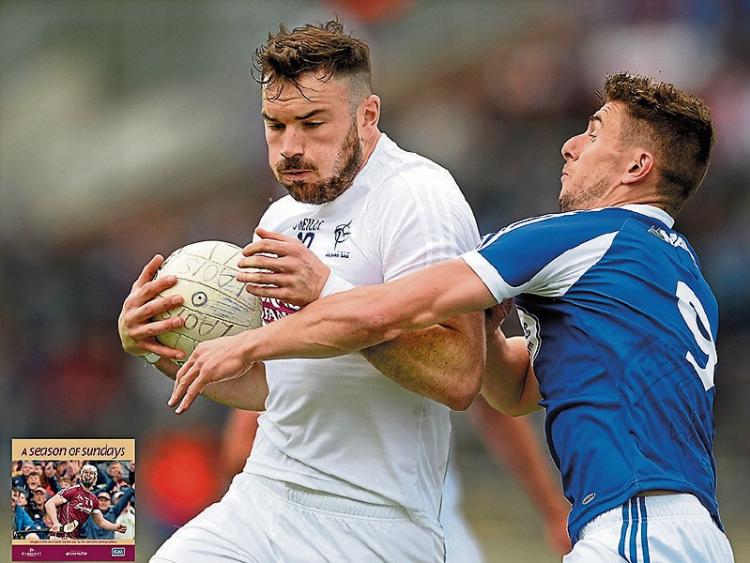 Over the past twenty-one years, Sportsfile’s A Season of Sundays has become an eagerly awaited GAA tradition, marking the end of each season with a stunning collection of images.

The book is now available online now and in book stores nationwide.

In its twenty-first year of publication, A Season of Sundays 2017 embraces the very heart and soul of Ireland's national games as captured by the awardwinning team of photographers at Sportsfile.

This year’s instalment captures some fantastic moments from Kildare as well as charting the highs and lows of the GAA season in another bright and absorbing look back at the year.

In 2017, we were treated to some thrilling football matches across both the leagues and the championship which culminated in an All-Ireland final for the ages that saw Dublin defeat Mayo to retain the Sam Maguire for a third straight season.

It wasn’t an easy road to the final for Mayo as they were knocked out of the Connacht Championship in the semi-final stage before the victors that day, Galway, were rocked by Roscommon who claimed their first championship in seven years.

In the hurling, there was no stopping Joe Canning and Galway as they ended their 29-year wait and got their hands on the Liam MacCarthy trophy after a thrilling final against Derek McGrath’s Waterford.

Sportsfile captured Sarah McCaffrey’s two goals off the bench as Dublin’s ladies followed their male counterparts by defeating Mayo in what looks to be the final game of a fine career for the green and red’s star forward, Cora Staunton, who recently agreed a move to Australian Rules’ Western Sydney Giants.

While in the Camogie, Cork got revenge on Kilkenny as they won their 27th O’ Duffy Cup in a dramatic repeat of last year’s final.

Speaking at the launch, the book’s creator Ray McManus said: A Season of Sundays is Sportsfile’s brainchild since 1996, and to see it mark its 21st birthday is special for the whole team to celebrate.

The Leinster Leader has teamed up with Sportsfile and are offering the chance for three readers to win a copy of the 2017 edition.

Question: What year did Seasons of Sunday's commence publication?