Dempsey has a huge history with the club 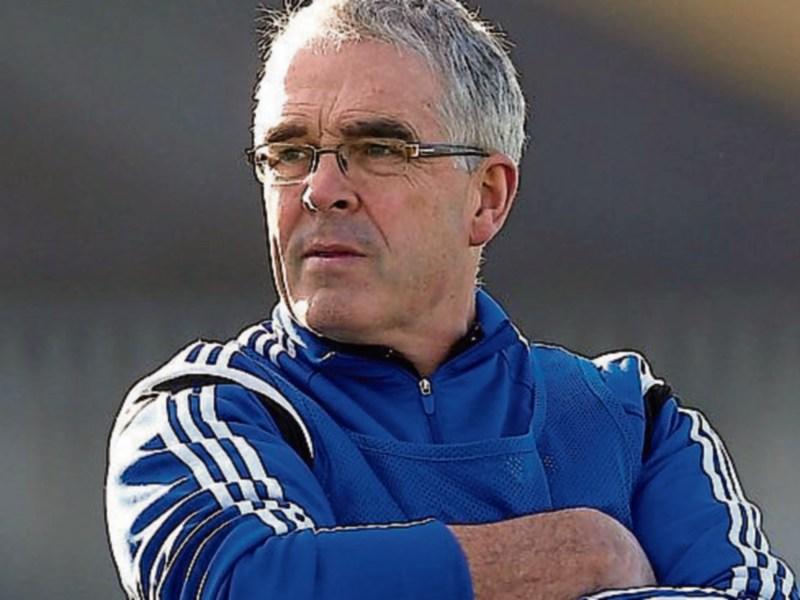 St Loman's boss, Luke Dempsey, pictured, is no stranger to Moorefield and that's for sure.
The former Johnstownbridge player who lined out for The Lilies back in the 80s, managed The Moores to successive senior titles in 2013 and 2014 before moving on to St Loman's, adding three more senior titles, making it five titles in a row.
That, no matter how one looks at it is some impressive record.
Tongue in cheek (maybe) Luke is reported as saying after his side's win over Meath champions Simonstown “I hope the Moorefield lads won't go too hard on us in the final.”
Dempsey has nine years of intercounty involvement, three as senior manager with Westmeath, he led that county to minor and U21 sides to All-Ireland titles.
Loman's have shown commendable courage and steel this season to make it to the Leinster final.
They have found themselves trailing in more one of their games this season but a mixture of some astute substitutions and an unwillingness to throw in the towel has seen them come from behind impressively.
In the semi final against Simonstown, they trailed after 15 minutes by seven points but turned it around when holding their opponents to just two points in the second half, going on to win by 0-13 to 1-8.
Inter county star John Heslin was again their main man, wearing no. 14 he fired over six points, five frees, but was very influential throughout, if Moorefield are to take the Leinster crown on Sunday, one man they will have to curtail is Heslin.
However, it is fair to say Luke Dempsey's St Loman's are far from a one man brigade and players such as Paddy Dowdall and Paul Sharry are top class footballers, while Jason O'Toole and Shane Flanagan can be more than a handful for any team and that's for sure.