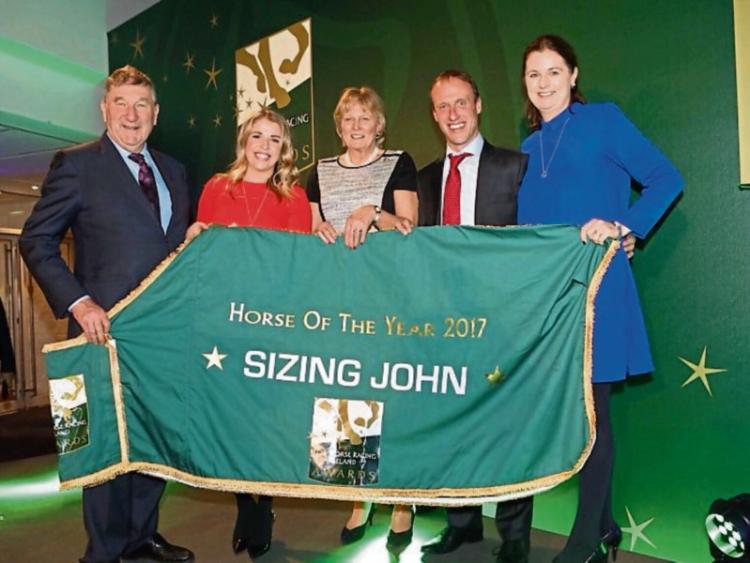 Nominations for the 2017 award included Gordon Elliott, Willie Mullins and Ruby Walsh. The ceremony was held this afternoon at Leopardstown Racecourse.

Jessica, who is based at Commonstown Stud, Moone, enjoyed a terrific season with the highlight undoubtedly the brilliant Sizing John which gave her a first success in the Timico Cheltenham Gold Cup with her first runner in the race.

He also won the Stan James Irish Gold Cup at Leopardstown and the Punchestown Gold Cup becoming the first horse to win all three races in the same year.

Also at the highest level, Our Duke took the Neville Hotels Novice Chase at Leopardstown at Christmas and landed the richest prize in the National Hunt calendar in Ireland when taking the BoyleSports Irish Grand National at Fairyhouse.

Jessica became the leading female trainer at the Cheltenham Festival when bringing her tally to 11 winners with the victories of Supasundae and Rock The World.

The winners of the 15th annual awards were as follows:

• Racecourse of the Year Award: Down Royal Racecourse