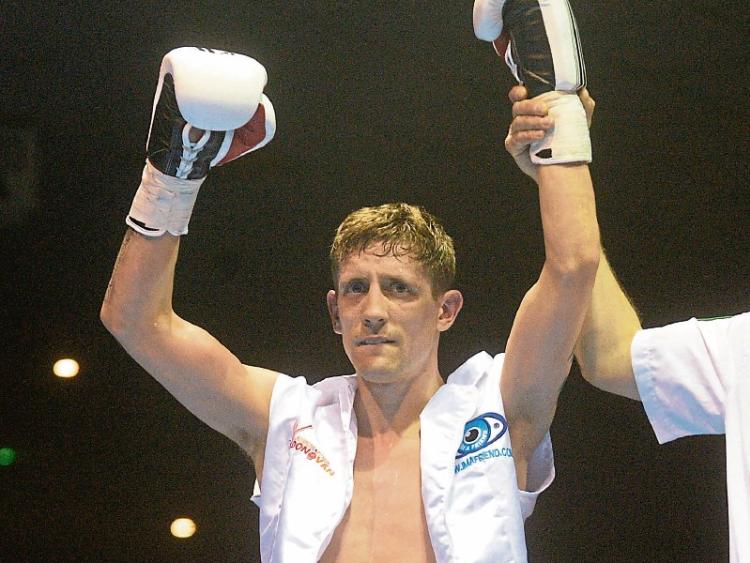 Eric Donovan back in February

Athy's Eric Donovan made it six from six at the National Stadium on Saturday December 2 with a comprehensive points win (80-72)  over Spain's Juan Gonzalez.

Although the Kildare southpaw's Celtic title was not on the line after the Spaniard failed to make the weight, nevertheless Eric insisted that weight issue did not take anything away from his win.

“It was still a very important fight for me and I remained focused throughout” said the Athy man who is hoping to fight for the Irish title next year.

With Johnny Murtagh and Kildare manager Cian O'Neill looking on, Donovan said after the fight “it's great to see some high profile people out there supporting me; there was an atmosphere out there tonight; it was good; I feel we are moving in the right direction and I am really looking forward to 2018 said Donovan who had ex WBO middleweight champion  Andy Lee in his corner.