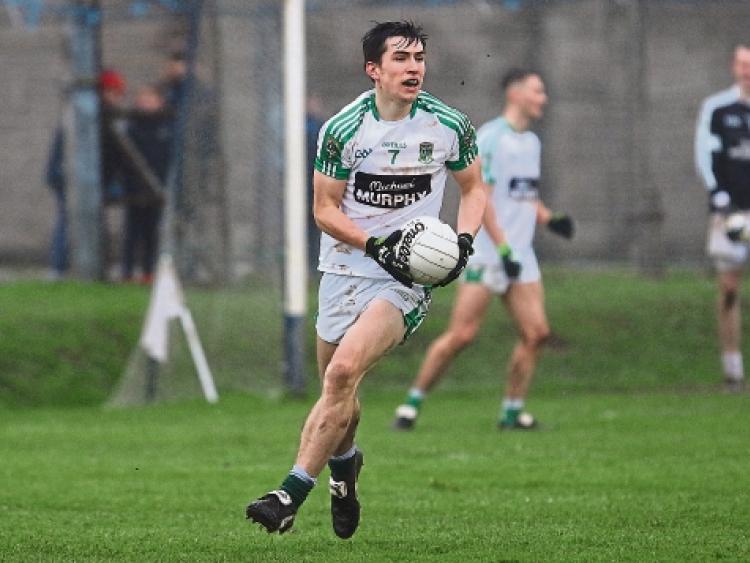 We have no injuries; all is good; apart from the two lads overseas (Adam Tyrrell and Ryan Houlihan) and a suspension to deal with (Cian O'Connor).

On the Cian O'Connor situation the manger confirmed “we are appealing that red card, we felt it was  very harsh; the appeal will be heard on Wednesday night.”

And not knowing if O'Connor will be available will that upset plans and decisions for the final?

“No, absolutely not” said the boss, adding “although we are confident of getting the red card overturned, we are planning 100 per cent to being without him that's the only way we can approach it.”

And does the fact that Loman's , Luke Dempsey was at the helm at Moorefield for two successful season give him an advantage?

“No, absolutely not” was the instant reply; adding “every manager these days has full knowledge of his opposition; as we do about Loman's. We have done our due diligence on them as we have on every other team that we have played; as no doubt they will have done on us but Loman's have a good solid defence; they are very mobile; have a few top class players in Heslin and Sharry in particular but they have more than just two lads.

“Remember they have lost just two championship games in the last three seasons and both of those were at the hands of the eventual All Ireland winners so they will go into Sunday's game full of belief that their time has come.”

Having said that Glavin adds that “Moorefield have overcome huge adversary this season from our first game against Confey when we needed a converted free from Mark Murray, a debutante, to gain a draw; to the league final against Naas; to the Portlaoise game; to the Rathnew game, we have shown tremendous belief and unity; on more than one occasion our bench came to our rescue; we have a great panel of players who know that when we put the shoulder to the wheel we can win regardless of the situation we might find ourselves in” added a relaxed and confident manager.