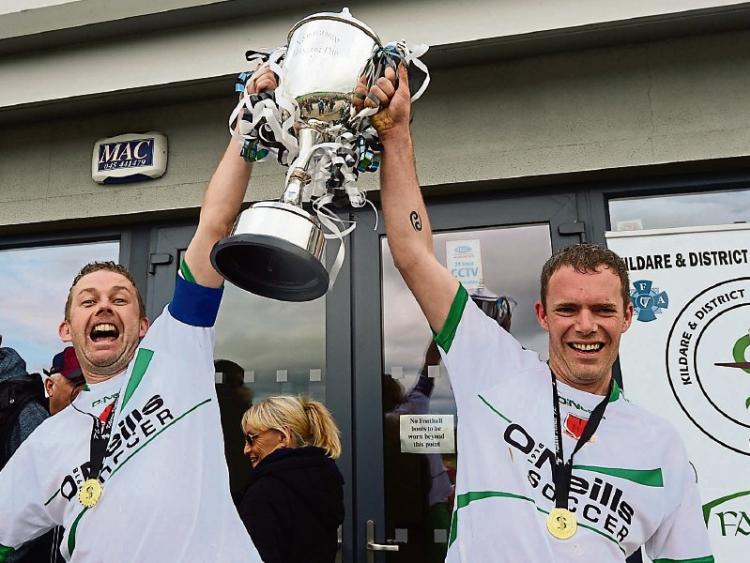 The Kildare & District Football league’s 24th Annual Awards Ceremony will take place this Friday  December 1, 2017 in the sumptuous surroundings of the Keadeen Hotel in Newbridge.

The gathering will be to celebrate the achievement of Clubs domestically over the 2017 season. Close on 200 guests which will include Club Representatives will attend to see the many League/Cup/ Shield and Plate winners and runners up receive their awards.

The 2017 season kicked off on Saturday April 1st this year with over 630 league games and 161 cup games played by KDFL member Clubs for a chance at securing some silverwear, an enormous task for the League Executive who would like to thank all Clubs for their co-operation during what was another extremely busy and successful season.

Special guests on the night will include Football Association of Ireland CEO John Delaney, representatives from the Leinster Football Asosciation, Gerry Gorman (President) Peter Doyle (Administrator) David Hearst (Treasurer) and general secretary Dick Redmond, they will be joined by our many League sponsors, representatives from the ISRS Kildare/Laois Branch, neighbouring leagues and other valued associates.

Tickets are still available priced at €50 each this will include four course meal and dancing till late with the fabulous DJ Damien Coyne of So Fresh Entertainment.

The function will kick off at 8pm sharp and neat dress is essential.