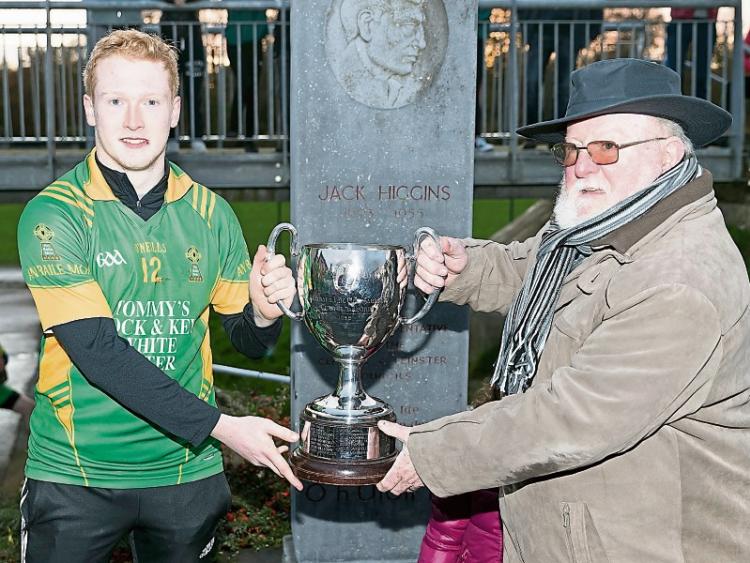 It's a sure sign that the season is rapidly coming to an end when the final of the Jack Higgins Cup is down for decision.

As usual Naas was the venue for this decider that commemorates one of the greats of Kildare football, Jack Higgins.

This season's decider saw Junior champions Ballymore Eustace take on Reserve A champions Sarsfields in a final that had plenty of good football and despite the six point winning margin in the end, was for long periods very much in the melting pot.

It was the junior champions who got the ball rolling as they aimed to atone for the previous week's disappointment when losing out in the Leinster Club, with points from Shane Kavanagh and Mark Slevin.

Sarsfields came back strongly taking the lead with white flags from the impressive Conn Whelan (2) and Shane Doyle.

The Sash had an early goal chance when Thomas McDonnell found Cian Byrne but Ballymore's Jake Meehan was on hand to smother the effort.

Niall Murphy had the sides level from a placed ball before the Sarsfields duo of Whelan and Doyle opened a two point gap mid-way through. 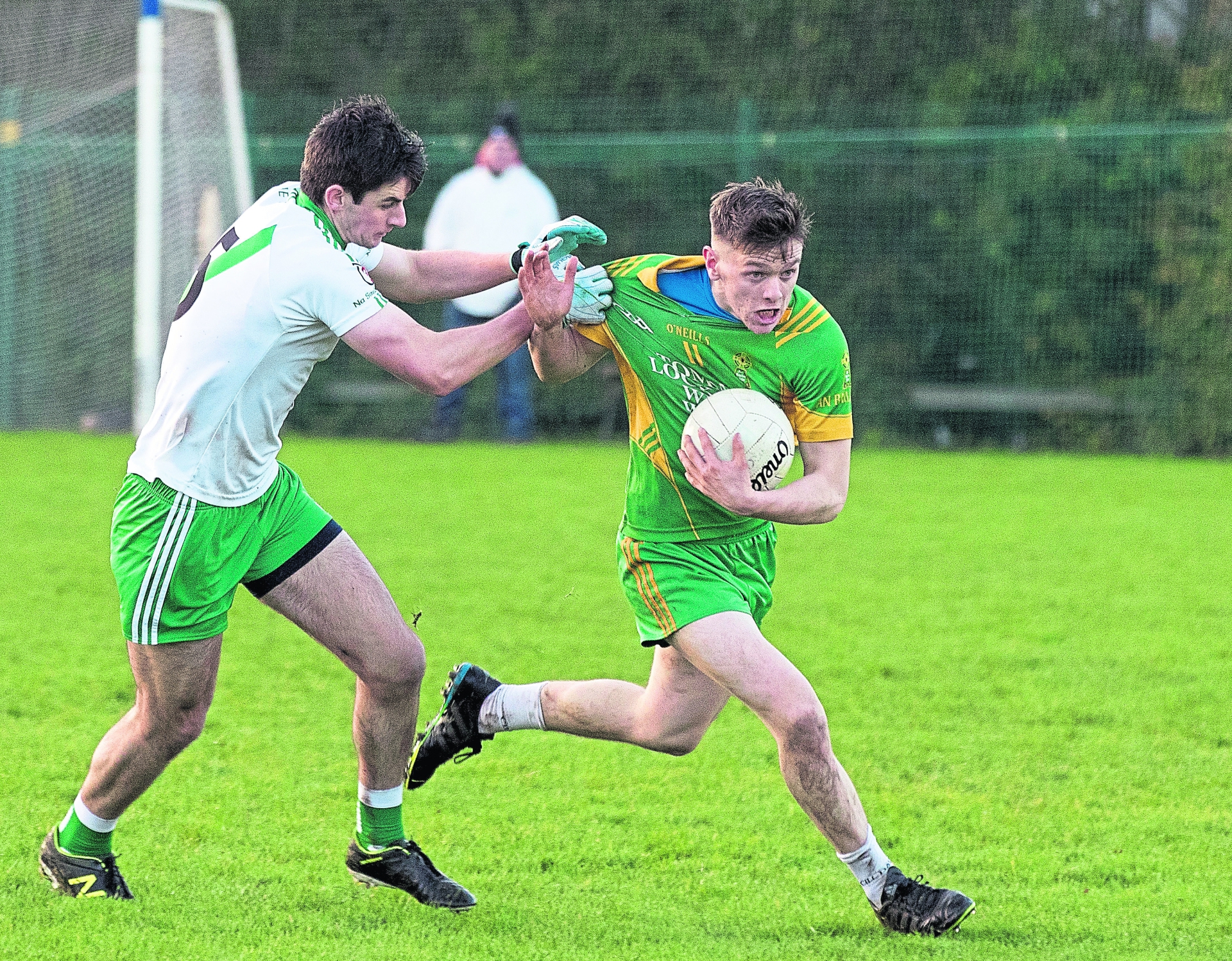 Man of the Match, Niall Murphy of Ballymore Eustace attempts to get clear of Conor Leavy of Sarsfields. Picture: Sean Brilly

In a lively game the vital score arrived on 19 minutes when  Mark McCarville set up Niall Murphy for a vital goal to give Ballymore the lead, a lead they held to the break 1-7 to 0-9.

The second half was point for point before Sarsfields eventually leveled with another Conn Whelan effort on 45 minutes.

Niall Murphy, Mark Slevin and Ronan O'Malley  edged Ballymore three clear and while Darragh Ryan replied for Sarsfields there was no denying Ballymore with man of the match Niall Murphy finding the Sarsfields net right at the death to give his side a six point winning margin Ballymore Eustace 2-13 Sarsfields 0-13. 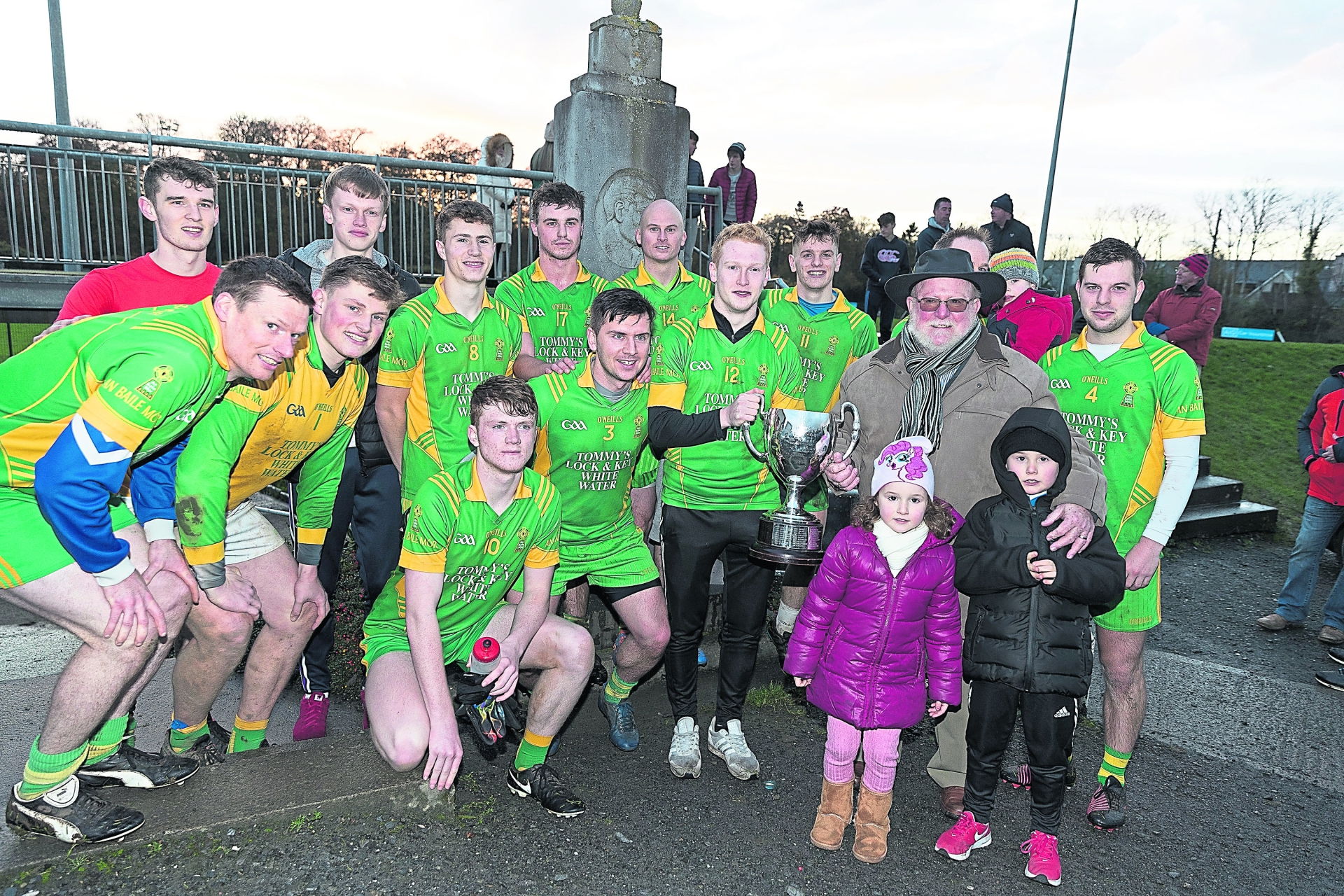