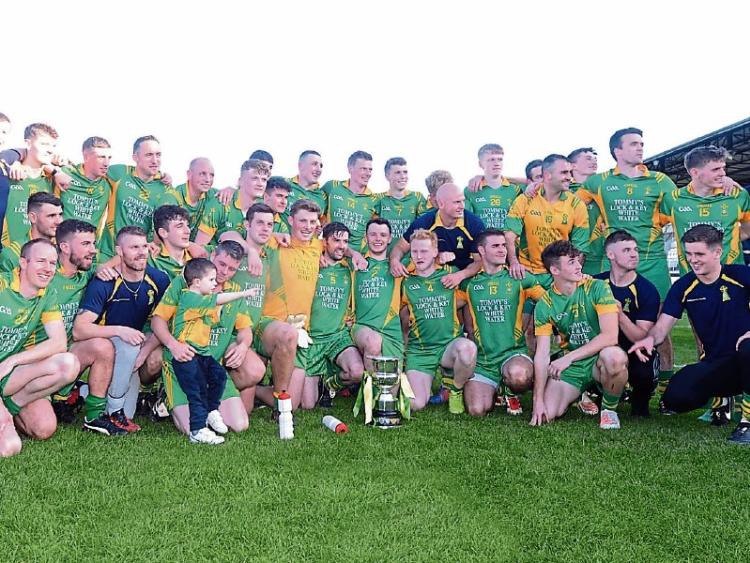 The game, originally due to take place last Saturday was postponed due to the Storm Brian.

Erin Rovers do have the beneift of a game under their belts as they defeated Sean Connollys (Longford) on an impressive score line of 0-20 to 2-9.

Still Kildare clubs have an excellent record in this competition and will certainly be travelling with a fair degree of confidence following their impressive win in the Tom Cross JFC final against Caragh which they won 3-18 to 1-4.

It was indeed an impressive display from Kevin McNally's charges.

Ballymore will be looking again to ace marksman Eoin Kavanagh who scored an impressive 3-4 in the junior final while Niall Brophy, Shane Barrett and Mark Slevin will also be expected to pull out all the stops.

Decent at the back with Keith Conway, Michael Stewart Byrne and Stephen Davis; Tadhg Grace and Caolan Halpin did well in midfield and overall the boys in green gold will be expected to advance.

One drawback no doubt is that it is a month since they won the Kildare championship but no doubt they have been putting that space to good effect.

Ballymore Eustace should have enough to advance to the semi final.