Tony Donohoe U21 'A' FC: Moores advance in cracking clash with Naas 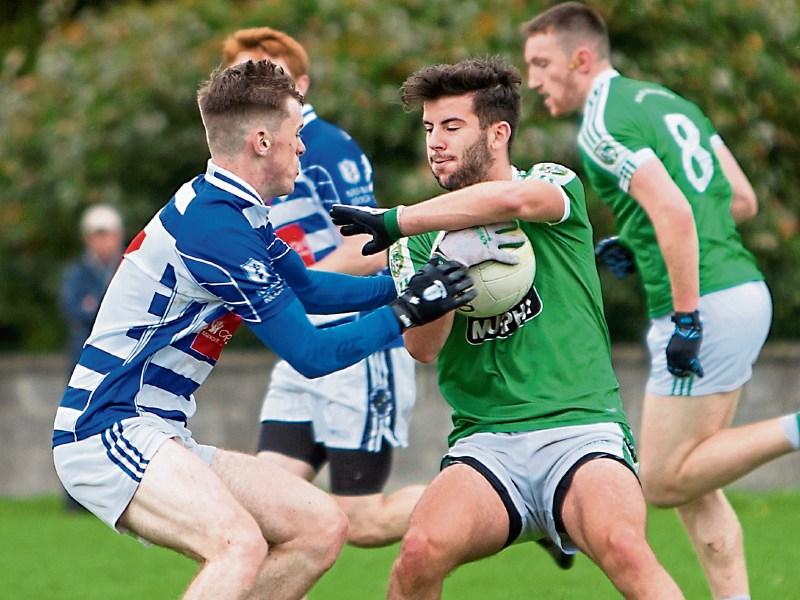 A repeat of last year’s final, which Naas won 0-7 to 0-6, on Sunday it was Moorefield that ran out the victorious side in an entertaining game played in Naas on Sunday afternoon.

A Mark Murray pointed free put the Moore’s two points ahead after seventeen minutes but Dallan Gallagher reduced the deficit to a point after a great goal chance hit the post and Gallagher won possession from the rebound to knock over the score.

Gallagher had a great goal chance brilliantly saved a minute later before Mark Murray converted his second free of the game in the 29 minute to put the Moore’s back into a two point lead. Once again Naas replied with a point from Shane Ryan to leave a point between the sides but an excellent point from full forward Luke Doran left a half time score of 0-6 to 0-4 in favour of the Moore’s.

Naas started brightly in the second half, David Shaw left a point between the sides within the first minute. Paul McDermott made a great catch in midfield from the kick out and made a great run to raise the white flag to level the game once again. Evan Kavanagh edged the Moore’s back in front in the 33 minute after a superb point from play involving Sean Healy, Luke Doran and James Dowling but a pointed free from Darragh Merriman had the teams level for the fourth time.

Mark Murray converted two frees followed by the score of the game with an impressive point from play after a great ball from Adam Sweeney to put the Moore’s three points clear.

Tom Connolly put the Moore’s into a comfortable six point lead in the 47 minute after he won possession in the half forward line and made a great run to beat Luke Mullins for a goal.

Naas replied with points from David Shaw, James Burke and Ciaran Doyle to leave three between the teams going into injury time. Ian Meehan was having a great game for the Moore’s and kicked his third point and the Moore’s last score of the game in the 61 st minute to put them into a four point lead.

Naas kept battling and their hard work paid off with a late goal from Ciaran Doyle in the 63 rd minute but the Moore’s had done enough and deservedly won the game 1-12 to 1-10.