SFC Semi-Finals and IFC Relegation Final - Team of the Week

Colm Schwer is back with last weekend's Team of the Week! 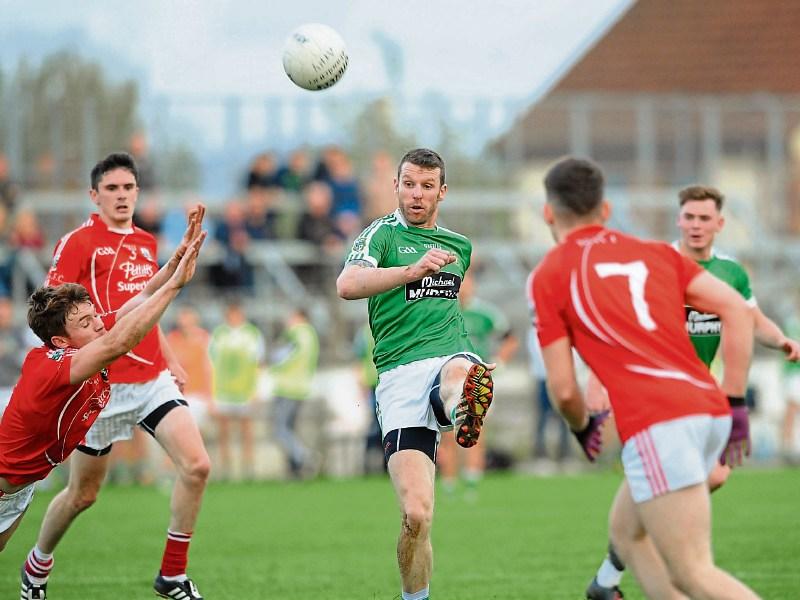 Colm Schwer look's back on last weekend's SFC semi-final action (Moorefield v Athy, Johnstownbridge v Celbridge) and the IFC relegation final (Kilcullen v Castlemitchell). All views are of course his own, as always!

1.Tom Kinsella (Moorefield): Tom is a very progressive player this year and he showed that again Saturday. His kick-outs are very accurate and he has a physical presence in the box and can deal very well with high balls being pumped in that area. He is key to that relentless Moorefield defence who work so well as a unit. He made one of the saves of the year right at the end of the match which was top corner bound.

2.Liam Healy (Moorefield): Liam had a great game on Saturday marking the dangerous James Eaton out of the game. James would normally contribute so much to Athy but Liam made sure that was not the case Saturday. Liam is turning into a top man marker, he has had the task of marking Ben and James (two top forwards) and he has come out on top on both occasions. He kept James scoreless and Liam’s all-round game is improving so quickly.

3.Mick O Grady (Celbridge): Mick had the daunting task of marking Daniel Flynn and although he had the help from his Celbridge colleagues I felt Mick was again excellent this week and prevented Daniel having an impact on the game. He was controlled in his tackling and distributed the ball very well while under pressure from the JTB forwards. He has been excellent for Kildare and has carried that excellent form into the club championship. Last year he was in America for the summer and I feel this year with a full Kildare pre-season done it has benefited him and Trevor O Sullivan’s team.

4.Mark Dempsey (Moorefield): I will be the first to admit that I did not know much about Mark before this year and I doubt I am the only one. When I heard Cian brought him into the Kildare panel I really had to see this guy play. On Saturday he marked one of Kildare’s best player’s Niall Kelly and I thought he was outstanding. What impressed me the most was at how intelligent his marking was on Niall. To keep Niall scoreless was something that many of us wouldn’t of thought we would witness, well we did and Mark is on his way to a huge future in football.

5.Hugh McGrillen (Celbridge): Hugh is a huge player for Celbridge, he has played county football for many years and you can see why. On Saturday he had a great reading of the game, conducting the play and making sure there was enough cover when needed and that every player was in the right position at the right time. Always seems to have time on the ball which is sign of a good player. Was involved in Celbridge’s best score of the game when they kept the ball for over two minutes and finally finished with a David Byrne point.  A huge performance needed by him in the final and no doubt he will be well prepared.

6.James Murray (Moorefield): James is improving with every game and I feel he holds the centre back position very well. On Saturday he took the ball out of defence very well and keeps it simple. He is very calm on the ball and links in very well with the middle 8 area. I saw him in a league game earlier this year and he was very good but he has improved again. It will be very interesting to see does he track the very fast forward Tony Archbold in the final.

7.Darren Barker (Kilcullen): Darren has been one of Kilcullen’s best players for the last 6/7 years. I thought he was immense again on Sunday evening. Yes it was very poor opposition in Castlemitchell but Darren was productive all around the pitch. He set up so many attacks with his speed breaking the line and even chipped in with a nice score. He is a great servant for Kilcullen and while last year he was outstanding for them in winning the Junior he has also had a big role in keeping Kilcullen’s Intermediate status.

8.Paul Cribben (JTB): Although it was a poor performance by JTB (credit to Celbridge) I felt their bright spark was the forever running Paul. I thought he was the one JTB player who took the game to Celbridge, with his pace and his great runs, he was unmarkable at times and kicked 4 great scores from play. He was a handful for the Celbridge team and I am hoping we can see more of this from Paul on a consistent basis for Kildare next year.

9.Aaron Masterson (Moorefield): Aaron is developing as a top player at a rapid rate, for such a young player to do what he is doing in his position is very impressive. He was fetching balls in midfield and was coming out on top for the majority on Saturday. What I like about Aaron is he will not be bullied around that area, he gives it back to the opposition and he plays like he has being playing Senior for Moorefield for 10 years. He is another player who I feel deserves a trial with the Kildare team. Can he add anything to the Kildare panel? The answer is definitely YES!! Such a good prospect.

10.Liam McGovern (Athy): Liam has been very consistent for Athy for the last few seasons and he has been very influential for them this year. His free taking has improved this year and he has a great engine. Liam for me was the only reason Athy were at one stage competing against Moorefield. He kicked 7 points, three of which were frees. He was very accurate again on Saturday and had a good battle in which he won against one of Moorefields best players Kevin Murnaghan. Liam was unlucky to be on a loosing side.

11.Tony Archbold (Celbridge): Celbridge don’t just have pace in the defence, Tony is lighting fast and would cause most defenders problems. Unfortunately for Seamus McNally it was his turn to try catch Tony and catch he could not . Tony for me was excellent on Saturday, he dragged Seamus (JTB’s holding centre back) all over St Conleth’s. By doing this he was creating space for his Celbridge teammates to overrun JTB’s defence in which they did. Tony chipped in with two critical points and could of scored a goal also. A player Moorefield will be very wary of after Saturday.

12.John Costello (Celbridge): John has a great engine and is very comfortable on the ball and is also a very accurate passer. I felt John had a great game, he got on a lot of ball and passed it off into better positions. Tracked Paul Cribben at times in the second half for extra protection for the Celbridge defence. John does a lot of the hidden work for this well drilled Celbridge outfit. If John can add some scoring to his game it will make him a complete wing forward.

13.Eanna O ‘Connor (Moorefield): Eanna was electric on Saturday and he was a joy to watch. Mark Hyland had the job of marking the Kerryman, Eanna showed he was never going to loose this battle early doors, scoring 4 points. He was out in front at most stages of the game and Eanna also showed why he is an intelligent footballer by his clever link up with Moorefields danger men Adam Tyrell and Niall Hurley Lynch. Eanna is a player looking on the top of his game with his scoring and his great work ethic. It will be intriguing to see who Celbridge put to mark him.

14.Paddy Brophy (Celbridge): Paddy had a quiet first half by his standards on Saturday. He was being picked up by the promising Luke Flynn and while Luke kept the Celbridge danger man at bay in the first half, it was not the case in the second half. Paddy kicked three terrific scores in the second half to help Celbridge on their way. Paddy links up very well with his teammates especially the intelligent Davy Hughes. Paddy is getting better every week and imagine what he will be like for Kildare next year. Exciting times for Kildare to have him back. Will be interesting to see who Moorefield put on him in the final.

15.Niall Hurley Lynch (Moorefield): Surely odds on to be anytime goalscorer in the final with the bookies? This man is the best man in the county to get goals. He could be quite for 20-25 mins and then low and behold who scores the goal “Niallo” as the Moorefield Hill clap his funny celebrations. He scored 2-1 on Saturday and for me he is a huge danger to any defence. Might not be the fittest player on the Moorefield team but just has the knack to score goals. The way he finished his goals on Saturday showed how good a finisher he is, his goals killed the Athy team. He is a clever player and showed that again this season since the League Final.