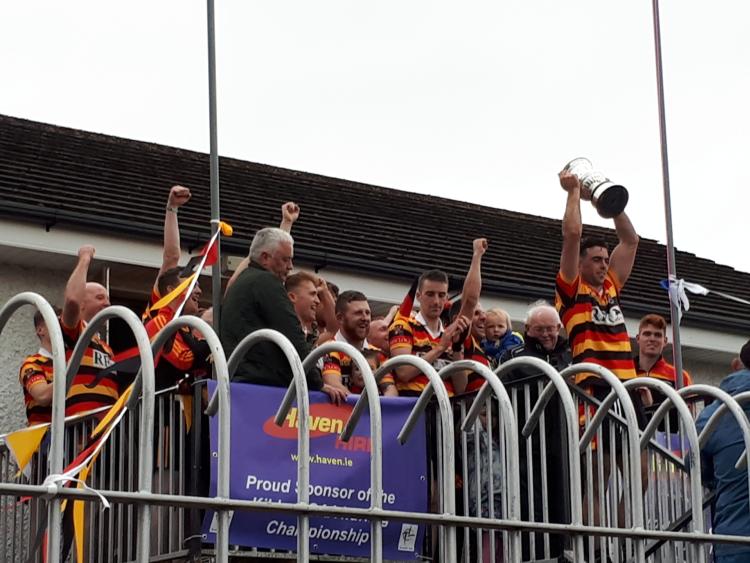 Ardclough have been crowned Kildare Senior Hurling Champions for the first time since 2006.

This brings their number of titles to 13.

The Cloughs got the better of Naas in a thrilling game in St. Conleths Park this afternoon, on a final scoreline of 1-15 to 1-12.

Both teams were down to 13 men, after two straight reds in the first and two in the second half.

There was sheer joy for Ardclough supporters when the final whistle was blown.

For a full report, pick up this week's Leinster Leader.

Elsewhere, Eire Og Corrachoill scooped the Minor A title, with a 1-09 to 0-09 win over Naas.

Our father Bobby Burke a proud man today looking down on the fantastic @ArdcloughGAA hurlers as they win the Senior Final @KildareGAA pic.twitter.com/f7da7HrQYS