SFC, IFC and JFC: Team of the Weekend 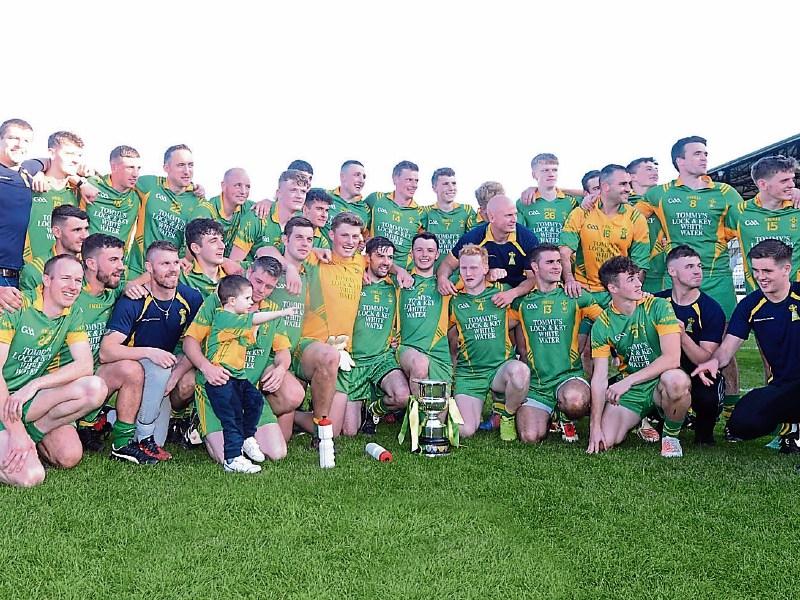 1.Declan Campbell (Raheens): Declan's kick out's have been excellent over the past few seasons and Saturday proved no different. The Raheens defence looks more assured with him this year with short kick out's and he picked out many of his player's so quickly and accurately in particular Alan Igoe. He is a very vocal keeper which is key to a team these day's. He will have to be very wary of high balls going into the square as Kilcock's Ciaran Murray is a target for Kilcock.

2. John O' Toole (Monasterevan): John had the difficult man marking job of Kilcock's tallysman Shane O'Rourke. Shane scored two points in two minutes but apart from that he had no input on the game because of John. John organised the Monasterevan defence as best he could, cutting out many attack's and was definitely Monasterevan's best player and was unlucky to be on a loosing side.

3. Eamon Fitzpatrick (Kilcock): Eamon has been a consistent performer for Kilcock and has raised his game this year again. The fact that his brother left for St Judes has meant Eamon had no option but to step up which he certainly did again on Saturday. He was very composed and marked his man (eventually substituted) with ease. Will have a huge job marking one of the in form Raheens forwards in the final.

4. Mark Barrett (Ballymore): Mark was on the Kildare minor team this year and Sunday proved why. He was given the task of marking Caragh's danger man Jake Corrigan. What impressed me the most about Mark's performance was his reaction when Jake scored a great goal after 8 minutes. Most 17-year-old's would be in danger of crumbling, but I felt Mark completely got to grips with Jake after that. Mark won nearly every ball that came in and when the Caragh man won the odd ball, he was cleverly pushed onto his weaker foot and the Caragh man had no answer to Mark's intelligent defending. Mark is such a promising young player for Ballymore and could be key to Ballymore going on a run in the Leinster series.

5. Tom Early (Raheens): Has been one of the reliable defender's for Raheens over the past few seasons. Has become more composed on the ball this year and does the simple thing's right. Was given the task of marking Ciaran Gravin on Saturday and dealt with Ciaran in such a commanding way, whether it was high or low ball being directed in, Tom won every battle. One of the Raheens player's who really deserves an Intermediate medal for his consistent performance's over the year's.

6. Jason Early (Raheens): Cein McMonagle is one of Clogherinkoe's best player's over the past few seasons, but Saturday Jason completely stopped any threat that we thought Cein would pose. One of many match up's that the Raheens management deserve serious credit for. Jason was so impressive, and the fact that he scored a great point (which was more than his man) just showed that you couldn't ask more of a player in a man marking role.

7. Daniel Courtney (Kilcock): A player who lined out at wing back, but was commanding the middle 8 for the majority. He has great energy and was one of Kilcock's best player's. Uses the ball well, really helped Kilcock take control in the 2nd half in particular around the middle area. Will have a much sterner test against Raheens but is a player that Kilcock are hoping can improve even more for the final. 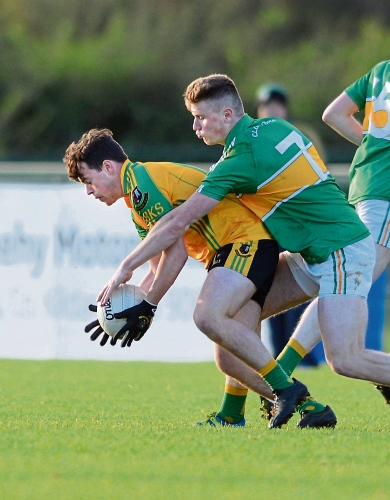 Daniel in action in the IFC Quarter-Final

8. Caolan Halpin (Ballymore): Pace, direct running and fielding, three of the talents that this young exciting player displayed on Sunday. He was down as wing back, but played the majority of the game in midfield. He started many attack's for Ballymore which was impressive. He scored two great point's also and was a constant threat to Caragh. This is a player who is improving, and winning a County title at the age of just 18 will stand to him.

9.Paul Doherty (Eadestown): Some people who saw Eadestown relegate Allenwood would think it was because of Emmet and Cian Bolton, and although they had a huge part in keeping Eadestown's senior status, I felt that Paul's performance was outstanding. He was the best player on the pitch, he dominated the middle area, he had countless marks in the game, he was physical throughout and his distribution of the ball was clever, which is what Eadestown needed in a game of this nature. He scored a great point near the end of the game or that is what we thought was the near the end. (Ridiculously, 12 minute's was added on at the end, which I thought was reffed in poor manner throughout).

10.David Malone (Raheens): This man is the engine of the Raheens team. Runs all day, and was not just getting on possession from break's or just setting up scores but he also scored two great point's. Had a good battle with Clogherinkoe's Eoghan McMonagle (very promising defender) but just shaded this battle on the day. No doubt Kilcock will try prevent him on getting on as much possession as he did on Saturday. 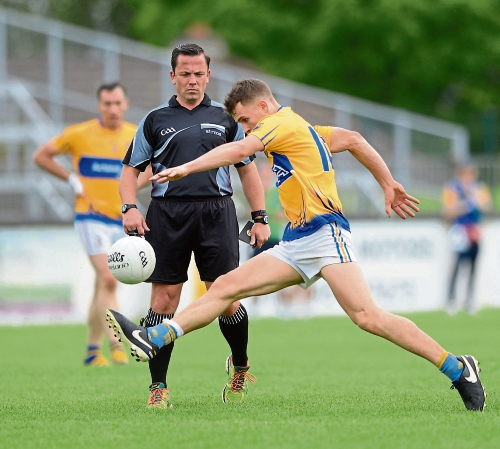 11.David Duke (Kilcock): Has been Kilcock's best player this year and again stepped up on a big stage and scored 4 points from play. Very clever player who make's intelligent runs and seems to score at crucial times for Kilcock. Will have to have the game of his career if Kilcock are to have any chance of beating this ruthless well drilled Raheens team. 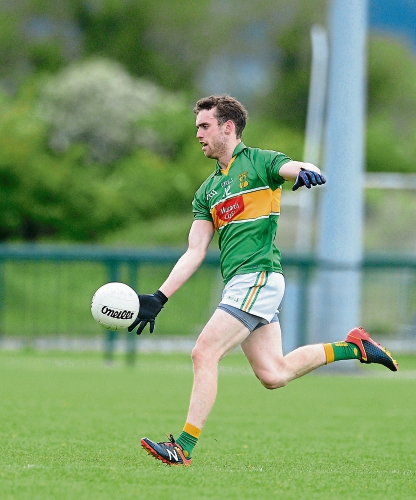 12.Alan Igoe (Raheens): A player who I, and many other's have always knew had the talent but for some reasons it never materialised for a full season. I am so glad to see Alan playing the way he is and the way we all know he can. His fielding from his keeper Declan was top class. He completely rattled the Clogherinkoe team, and while they did their best to try wind up Alan they failed to achieve that and in fact made Alan more determined (which shows he has matured as a player). He scored 4 points, 2 of which were free's, his score on the 47th minute was the best score of the weekend and even Clogherinkoe fans appreciated it. His best game since last year's defeat to Round Towers or his memorable performance against JTB in Allenwood a few years back. A player Kilcock will fear no doubt and a player they will try rustle up.

13.Jack Robinson (Clogherinkoe): Jack is a player that I saw many year's back and I knew he had something special. His movement, decision making and his accuracy is simply sublime and great to watch. Not many of the Clogherinkoe team played well, there was pressure on Jack to perform and I felt he delivered. He scored 8 points, and 3 were from play. From the poor delivery into him, he did make the most of it and converted nearly any chance he was given. Ability there is no doubt he is County standard but physically/size is a bit of a worry.

14.Eoin Kavangh (Ballymore): One of the oldest on this Junior winning team but Sunday showed that age is only a number. He just shaded his teammate(Niall Murphy who scored an impressive 7 points) for making this team. He scored 3 goals and 4 points and in general had a great influence on the game itself. Eoin is generally a bit hot-headed at times but he showed a very cool head in his finishing and general play on Sunday. He will be a big threat to any Leinster Junior team defender's and his experience is key to this young talented team.

15. Paddy Woodgate (Raheens): Some would question Paddy being in this team but I feel his 2nd half performance warrant's his place. Joe Mulreaney (tight marker) was doing a good job on Paddy in the first half but Paddy showed that class always prevails with an intelligent 2nd half performance. For me, Paddy stepped up so much in the 2nd half that you would forget his 1st half (sign of a good player). He scored 6 points and 3 from play (top scores) but he linked up with his teammates very well and also he was clever in how he created space and used the space. A great talent and if he turns up on form against Kilcock, they might have a very long day in St Conleth's. 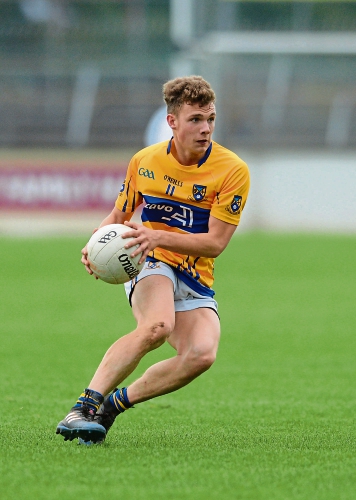