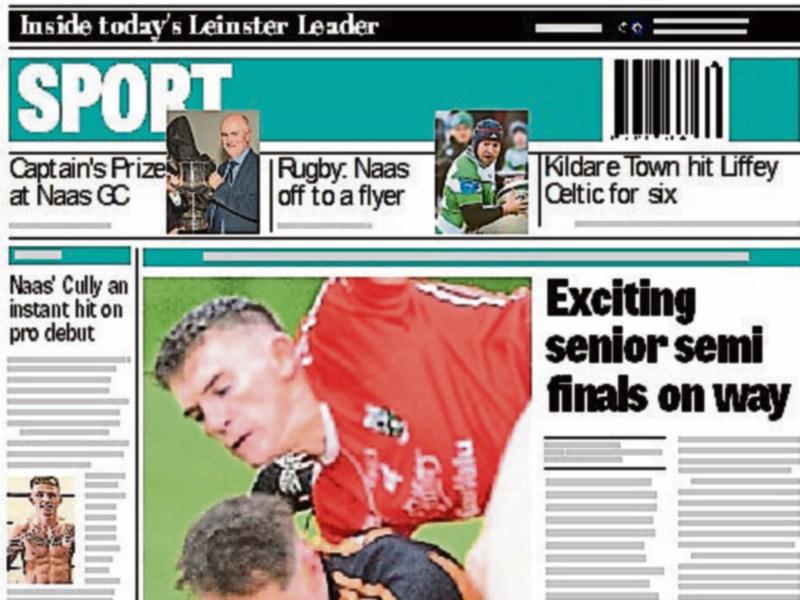 Ardclough book a final spot with a late goal against Confey in SHC semi final replay.

Ladies: Confey crowned Ladies champions while JTB and Celbridge are through to senior camogie decider.

This weekend Ballymore Eustace and Caragh clash in Junior Football final while Monasterevan play Kilcock and Raheens meet Clogherinkoe in IFC semi finals; all previewed in this week's edition.

Rugby is back and Naas are off to a flyer in the Ulster Bank AIL Division 1B opener while Dermot O'Mahoney's The OvalOffice reviews the rugby scene.

Golf: Picture special Naas Captain's Prize plus all the results of the week including Royal Curragh pipped for All Ireland honours; along with the Gavin Lunny's weekly golf tip.