First the Dubs took Leixlip, and then Celbridge - but they're not going away and Kildare, and Kildare GAA, is benefitting, says Paul O'Meara 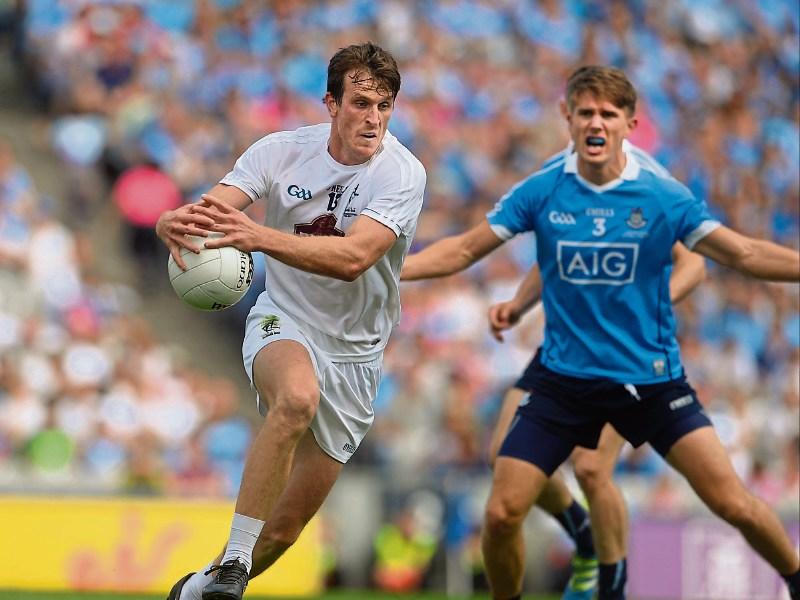 They’ve come among us, trading down their homes by buying properties for generally significantly less than they’d pay at home; all to enrich the local culture.

We live next door to each other and the Lord himself said “love thy neighbour as thyself.”

“Yis are a comin’ team” they tell us (with the “tea” in team delivered as “tay”) with big serious heads on them; as if petrified by the prospect of a hiding from the Lilywhites when next we meet.

We know they’re havin’ a laugh, but vanity gets the better of us. Success starved as we are, we roll over, tummies up, paws in the air, lapping up their plamás because it makes us feel better.

You have to admire the Dubs’ well developed ability to feign enthusiasm towards the Kildare football scene. They listen with eyebrows arched, nodding rapidly as we tell them about how Kildare dominated the landscape back when Gaelic football was establishing a foothold; about how we won the first Sam Maguire and were well able to put manners on Kerry, about how we gave Larry Tompkins and Shay Fahy to Cork so they could win two All-Irelands on the trot, about how we won the first ever All-Ireland Under 21 football championship.

“We were Gaelic football’s founding father,” we tell them — even if that was back in the second decade of the last century.

READ MORE: 18 interesting facts uncovered by the Dubs who moved to County Kildare

They’re not Meath. They carry their success humbly, if only because in their own heads they believe the only ones who like them are themselves. And that every time they play, it’s not only one county they take on, but thirty one. That sense of abandonment they must feel only makes you want to give them a big reassuring hug and tickle their little chins.

They’re just not as cute hoorish as the Mayo crowd — half of whom are building their way across America and the other half got jobs with Eircom in the eighties, when few others could manage it.

Dublin gave us Sean Lemass, U2, James Joyce and Maeve Binchy. And what did we give them? Charlie McCreevy, Ted Walsh and Ray D’arcy.

The colonisation of County Kildare is complete now, with no loss of life.

At least the Tipp crowd put up some spirited resistance to Cromwell during the Siege of Clonmel in the mid-1650s.

The Dubs nipped across the border like a maverick guerilla unit taking Leixlip first, then Celbridge. Now there’s not a town or village in the fair County of Kildare that hasn’t at least a platoon of Dubs on the register of electors. It was a bloodless coup.

This year we got close to them on the football field by being the only team to score a goal against them in the championship. Yes, yes we were well beaten and then bowed out to a flaky enough Armagh. But we’ll extract as much sustenance as we can from that goal and late into the night believe that we shook the bejaysus out of them. You’ve got to admire their colour. The Dub in his or her plumage is a formidable and fetching sight; all two tone blue jerseys, flags and headgear.

Like chrysanthemums, they don’t surface until late July most years, as the Leinster football final appears on the horizon. Even when they play Kildare it seems there are more of them living about the place than the natives. This year in Naas it was left to a few members of Naas GAA club to decorate Naas town in white, Kildare having gotten to the Leinster final and all.

The local language has been expanded by them through the addition of such little linguistic jewels as Me Moh (a partner), Scarleh (embarrassment), a Straightener (a thump) and Jem, normally used by the northside Dub (the more insular of the two sub species), and which could be anybody at all whose name they can’t remember or can’t be bothered using.

Hospitality could be their middle name. The Dub wouldn’t tolerate racial segregation.

We’re allowed onto the DART and LUAS at the same time and for the same fares as the natives. And we don’t have to sit at the back.

Likewise there are no border controls at Rathcoole or Lucan and they leave us free to roam their city and sample the delights of the National Museum, Royal Hospital Kilmainham, the National Concert Hall and Croke Park.

Deep down (in places we don’t talk about at parties) we hope they stay. Because if they do they’ll broaden the Co. Kildare gene pool, creating a team capable of competing for the All-Ireland football title in 2038.

We’ll take their kids, eventually. For now their young ones turn up at “Wear Your County Colours” events in the sky blue but they’ll grow into local GAA clubs around Co. Kildare, pick up “flah” accents and strengthen the local GAA community.

They’re not going away. There was a time in the 1970s when were they also winning All-Irelands by picking one half of their team from only one club — the famed St. Vincent’s. Now they realise that they are more clubs outside Marino and more players to pick from.

We had better get used to them.