In this week's Leinster Leinster Sport 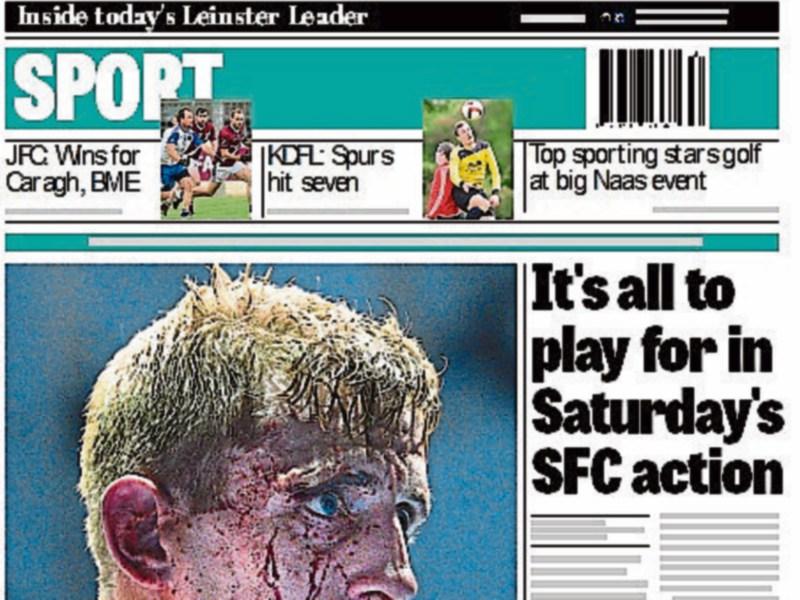 In the SHC, Naas edge closer to that elusive title while Ardclough and Confey must try again. Full reports.

The Court Yard Hotel Leixlip IFC are down to the semi finals, extensive reports of the quarter finals.

Caragh and Ballymore Eustace to clash in the Tom Cross JFC final.

Towers clinch quarter final spot while Kilcullen and Castlemitchell are set to battle it out in the IFC relegation final.

At U16 level Naas are crowned ‘A’ champions while Sarsfields take ‘B’ title amid some ugly scenes.

Stance on hurling fixtures strongly defended at Co. Board meeting.

Golf: Past and present sporting stars in action at Naas CelebAm, Captain’s Prize at Millicent, plus all the results and upcoming events

Dogs: Right Half Back best in Texacloth semi final.

RacingAffairs: Some equine greats which didn’t manage to get quite there (Robert Catterson).

Soccer: In the KDFL Division 3 Cup Newbridge Hotspurs advance in seven goal thriller while Suncroft go on a goal blitz in McIntyre Senior Cup; plus all the results, fixtures and up-to-date tables.

All this and much more in this week’s Leinster Leader Sport, in the shops now.