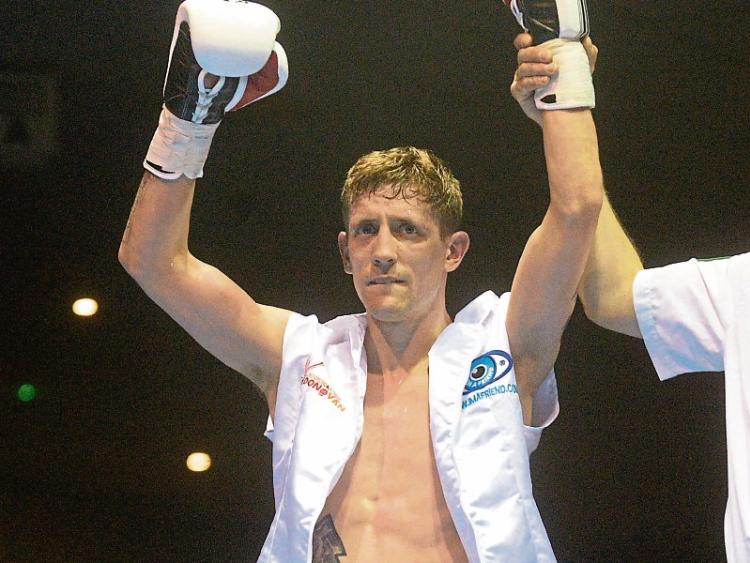 Eric Donovan wins by second round knock out against Stefan Nicfolae (Romania) in the Super Featherweight contest in February. Photo: Adrian Melia

Athy's Eric Donovan will take to the ring tonight, in a bid to be crowned the BUI Celtic Featherweight champion today.

He will take on reigning Welsh champion, Dai Davies.

This is Donovan’s fifth ever pro fight, with four wins, since turning pro in June 2016.

A Newbridge native who stepped away from boxing after years of success at underage level is returning back to the ring to make his pro debut.