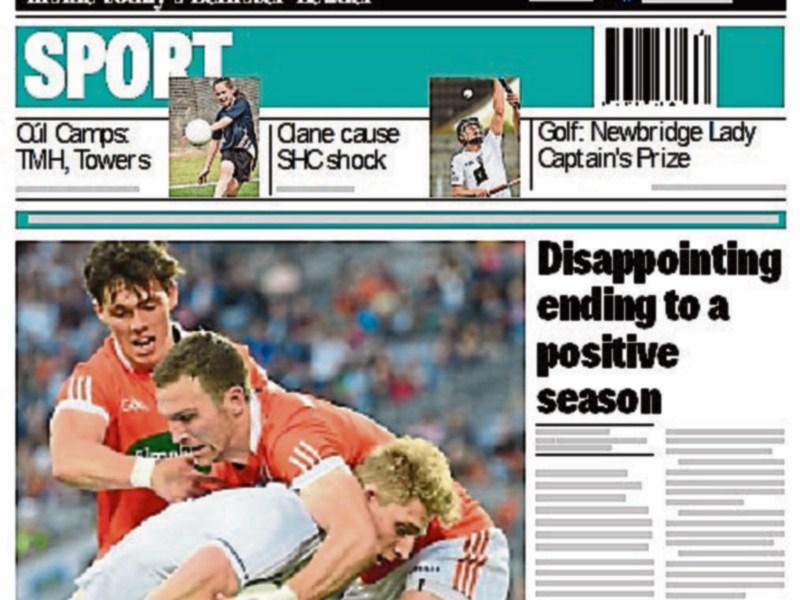 Disappointing ending to a positive season as Lilies crash out to Armagh.

Little between us, their execution was the difference at the end of the day says Cian O’Neill.

We left it behind us: Kevin Feely

It was there for us: Paul Cribbin.

U16s come up just short in the All Ireland decider

Cúl Camps: this week we visit Two Mile House and Round Towers.

Racing: a few gifts to help you through the Galway Festival week from Robert Catterson.

All the results, reports, fixtures, tables and Senior Division Focus from the KDFL.

All that and much more in this week’s Leinster Leader, in the shop now.