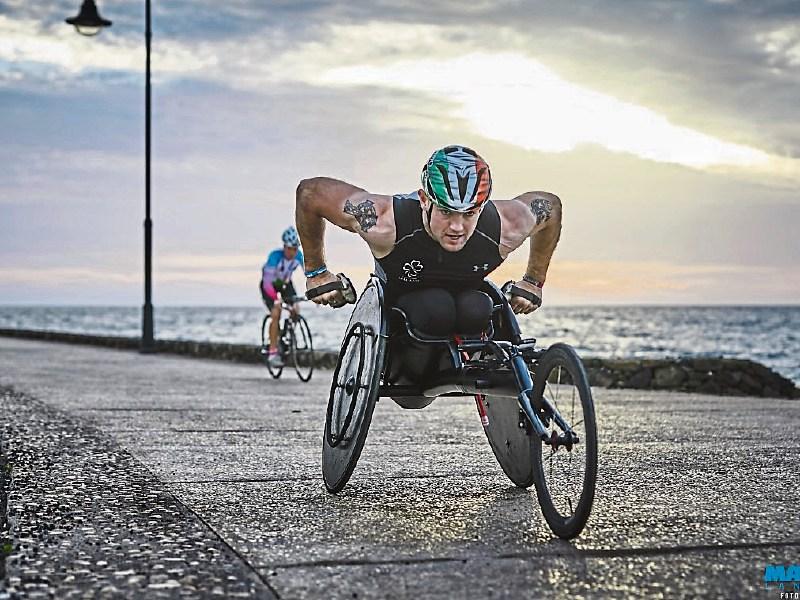 Kildare’s Patrick Monahan finished 6th in his T53 800m heat at the World Para Athletics Championships in London last night with a time of 1:48.41, missing out in a place in today’s final.

The Le Cheile AC athlete got off to a strong start taking the bell in 2nd place, but ultimately fell away as the finishing straight came into sight with France’s Pierre Fairbank winning the heat with a time of 1:46.25.

Speaking after the event Monahan said: “The only chance I had was to push hard from the start but I was a sitting duck, really. I might have got a quicker time if I’d just sat at the back but I had to give it a go.

“I do very little track work – the marathon is my event. I just don’t have the speed at the moment. Hopefully, I’ll get it eventually. Some of these guys have a another gear, another two gears on me at the moment.”

Speaking after the event Ireland Team Manager, James Nolan, said: "It was a tricky race for Patrick, ideally he was looking for a fast race pushed in single file where he had a chance to qualify on time. Unfortunately this did not materialise and he did the right thing drifting up to second at the bell but does not have the gears yet to accelerate with these track specialists. He will gain valuable experience from his first major championships on the track."