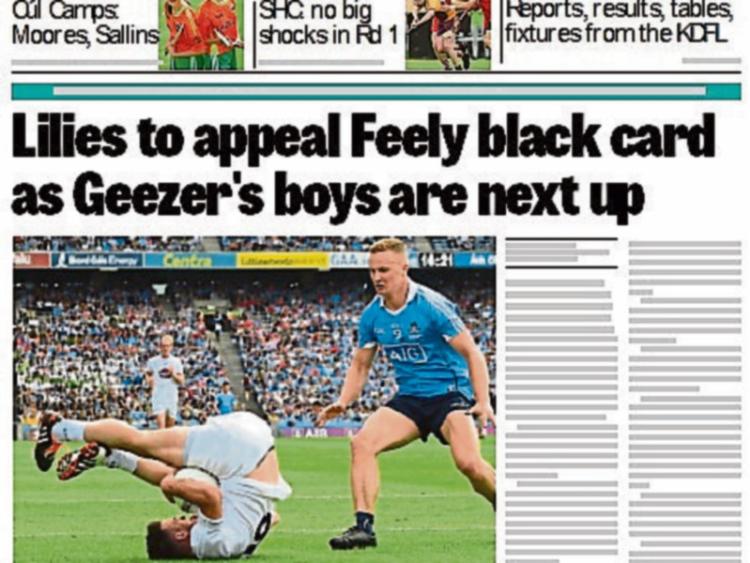 Lots of positives in a bit of a curate’s egg performance (Tommy Callaghan).

Dubs fire power simply too much.

It’s pain all round for team captain Eoin Doyle

Cúl Camps: This week’s picture pages from Moorefield and Sallins

All the news, results, fixtures and tables from the KDFL

All that and much, much more in this week’s Leinster Leader, in the shops now