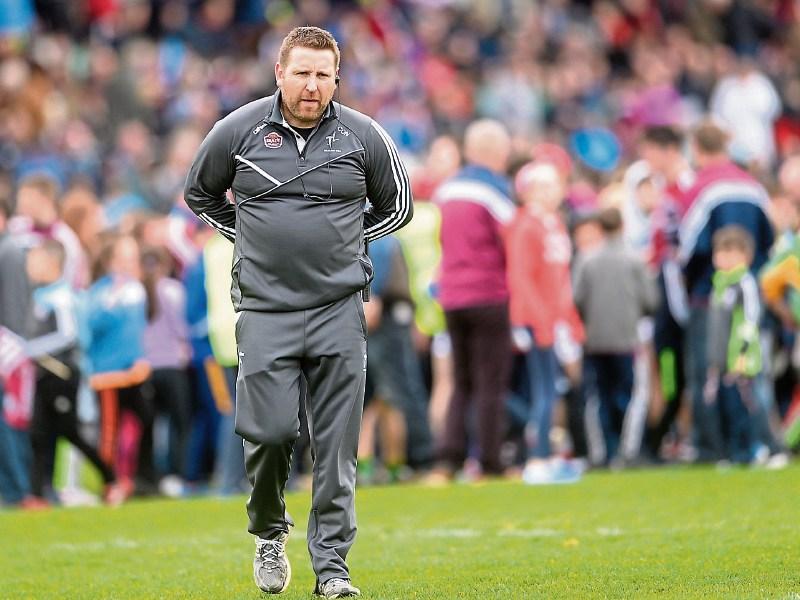 It has taken a long time to get here; a journey that has lasted all of seven years in total. Hard to believe that it was back in 2009 when The Lilies last graced headquarters at this level on Leinster final day.

A day when Kildare had The Dubs at their mercy.

A day, despite playing against 14 men for most of the game still proved a step too far for Kieran McGeeney's men.

Since then many players have come and gone.

Managers have come and gone; we have tasted the lows of  Division 3 football, just one rung off the rock bottom basement of inter-county league football.

It has been a tough time; on and off the field, what with finances making the headlines for all the wrong reasons; Conleth's Park being restricted to low numbers for health and safety reasons not to mention  losing six  semi finals on the trot!

Jason Ryan took over from The Geezer and despite giving it everything and despite his promise of getting us out of Division 2 the fall continued.

Unfortunately for Jason he took Kildare out of Division 2 but only to  a division below it.

That wasn't the agenda.

A Newbridge native with a huge reputation and make no mistake when we say huge we mean huge.

Apart from his brilliant exploits with Kerry, Mayo and Tipperary, his record at club level with various clubs in various counties  is second to none.

To say he was under pressure, however,  would simply be telling the truth.

Rarely talking about promotion in his initial season (2016) nevertheless it was at all times the elephant in the room.

Apart from the fans, few spoke openly of the need to exit Division 3 asap and while it was achieved it was done playing football that certainly did not have the fans flocking back to St Conleth's.

At times Kildare play was shocking to look at and while the results achieved promotion there was a worry that moving up to Division 2 would cause as many problems, if not more, than what had been experienced over the previous year or so.

Changes in the backroom team; changes in the playing panel and probably most important of all, changes  in the style of play.

Most would have been happy and content if The Lilies had succeeded in retaining Division 2 status, hoping then to have a decent run in Leinster.

What ensued was beyond most folks expectations.

With wins over Meath and Cork secured in the opening two outings, suddenly the nightmare of Division 3 began to seem like a distant memory.

Despite a stumble or two along the way promotion to Division 1 was gained and gained with a game in hand.

And while that last game away to Galway, a game The Lilies used to give players game time with the final fixed for seven days on, and despite the defeat, it hinted that the strength in depth of the panel was possibly a lot stronger that had been envisaged.

The Division 2 final (promotion already in the bag mind you) was a disappointing affair, especially when you consider that at one stage The Lilies led by six points in the second half.

Still, that defeat was quickly banished as championship approached and a date with Laois, the neighbours always capable of lifting their game  against Kildare, regardless of where their own fortunes are at, at any particular time.

This time, and despite conceding a goal after less than 50 seconds of the throw-in, Kildare put on a very encouraging performance, sending the noisy neighbours home well before the long whistle arrived.

A game that saw Paddy Brophy, Kevin Feely, Paul Cribbin and Daniel Flynn all line out for the first time together at this level.

A game that  showed the Kildare defence, brilliantly led by team captain, Eoin Doyle, looked strong and solid, despite that one early lapse.

The back six played as a unit, O'Grady, Hyland, Lyons, Byrne and Cribbin (along with Doyle) were showing signs of knitting impressively; working tirelessly and ensuring that custodian Mark Donnellan was well protected.

Feely and Tommy Moolick are gelling well, big and strong, they look the ideal partnership while up front Niall Kelly, Daniel Flynn and Cathal McNally were instrumental in Kildare's 1-21 to 1-7 victory.

Next came The Royals, a team that Kildare had given a bit of a trimming to in the opening round of the league and in Pairc Tailteann at that.

We were told this was a different Meath team now. They had defeated an improving Louth side impressively and arrived in Tulla-more confident that could make it to the Leinster final.

Again The Lilies prevailed and it has to be said, prevailed impressively; Cathal McNally having the game of his life in a white shirt, with in all fairness, no real obvious weak link in any Kildare line on the day.

Suddenly Kildare were being talked up with even Spillane was heard to say if he had a choice of a county he would like to manage it would be Kildare; but I suppose we should take that comment with a pinch of Kerry salt.

But now we are about to move into a different league.

The champs, going for seven Leinster's in a row attempting to surpass six   held also  by Kildare and Wexford, achieved in a different era.

The bar is being raised and raised substantially of that we can have no doubt but come Sunday afternoon we will have a better idea of exactly where we are along the progression ladder.

But one thing is for sure and regardless of how Sunday's game pans out, have no doubt this journey is only beginning for Kildare.

This is a Kildare team that has the potential to make huge strides; to make their way up to the top table, how long that will take we don't know, but for now while Kildare fans are eagerly looking forward to the big game there remains a sense of reality, and rightly so.

Fasten your seat belts, the train is about to leave the station.