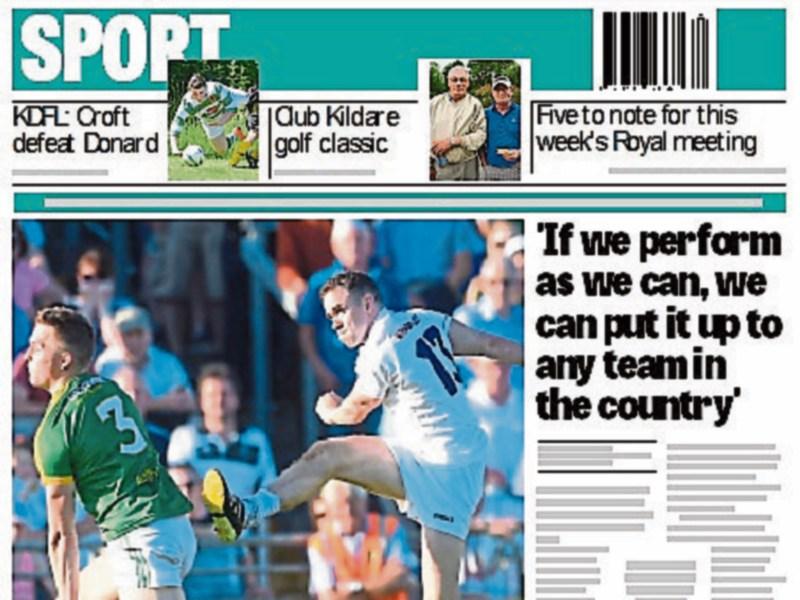 If we perform as we can, we can put it up to any team in the country says Kildare manager Cian O’Neill.

SFL going down to the wire in Division 1; reports, fixtures, tables.

Naas and Coill Dubh to clash in SHL decider

Canoeist Jenny Egan off gets season off to a cracking start.

Five to follow at this week’s Top Hat and Tails Week at Royal Ascot (Robert Catterson).

Weekly three page special from the KDFL with reports, fixtures, tables, noticeboard and Focus on CR Wynne Senior Division plus the KDFL Team of the Week