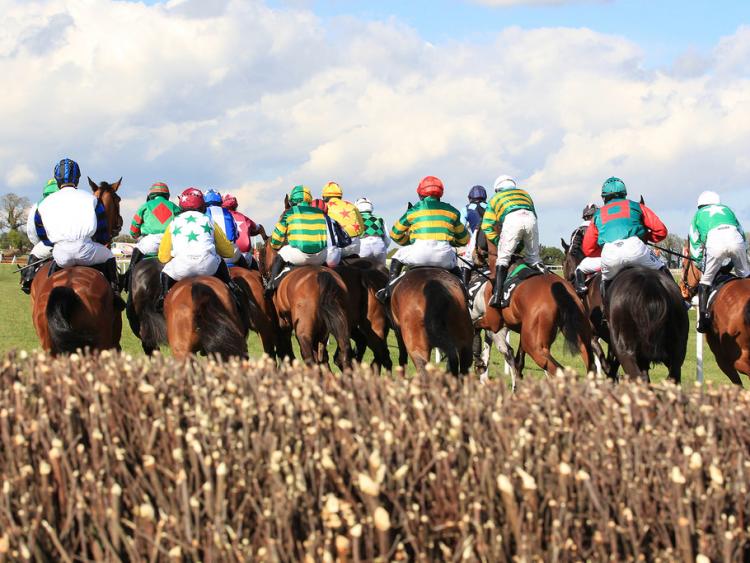 After firing in three winners and two seconds from five tips at the weekend, The Punter's Eye is back with four horses to follow at Punchestown on Wednesday evening, May 17. The dust has just settled on the Kildare track's stellar end-of-season festival, but racing returns tonight with a strong seven-race card down for decision. The Punter's Eye has run the rule over the runners and riders and these four are the ones he reckons might be worth siding with:

A showdown between Willie Mullins and Gordon Elliott opens this evening's card at 17:45 as TOWNSHEND (5/4) and POTTERS POINT (9/4) face off over two miles. Despite the rain, the good ground has survived and that may just suit POTTERS POINT more than some of the others. The Gordon Elliott trained seven-year-old ran on properly good ground at the same track in 2015, and beat the hugely progressive DON'T TOUCH IT by four lengths in the process. He faced that rival again here on good to firm in April of this year and was four lengths in arrears. That still represents good form and POTTERS POINT won twice before that, beating off BLACK ZAMBEZI and FLAVIANA at Galway and Fairyhouse respectively. TOWNSHEND on the other hand slammed TEACHER'S PET by 19 lengths at Naas in March, but fell on his most recent start at the festival here in April in a race won by GREAT FIELD. Perhaps the pace caught him out that day and Willie Mullins' charge seems to be fancied. However, I am siding with POTTERS POINT because he will enjoy the trip and ground, and could have more to offer in the long run than most of this field.

NEVERRUSHACON (11/2) is a solid bet in the 18:15 race given his most recent display behind DON'T TOUCH IT at the same track last month. He was just one length behind his stable companion that day, and may yet harbour further improvement for in-form trainer Jessica Harrington. He has proved difficult to win with over fences, and to date has only recorded one victory from nine starts over the larger obstacles. That win came last July, but the solace to take from that is the fact that the going that day was the same as that expected at Punchestown this evening. He should enjoy the trip and seems to be getting to grips with the task at hand. The booking of Robbie Power to ride is a major plus, and he could just be the man to produce this one late in the day to score over his rivals. KILLINEY COURT (3/1) is the favourite for Henry De Bromhead based on his two wins in the lead-up to Cheltenham. However, he fell when travelling fairly well in a race won by TULLY EAST at the festival and this is his first trip back to the racetrack since. A chance is taken that the fall may have dinned some of his lustre and that NEVERRUSHACON can take full advantage.

COEUR JOYEUX (2/1) gets a tentative vote in the 19:45 contest over three miles in favour of the less experienced SENEWALK (10/11). The trainer of the selection, Sandra Hughes, announced her intention to relinquish her trainer's license at last month's Punchestown festival, so COEUR JOYEUX could prove to be one of her last winners. That's if he can get comfortable in front for Mark Walsh, something he has really struggled with in his career so far. He's run credibly in a host of races recently but finds it hard to keep his head in front. He's been in the frame (front 3) in four of his last five starts and although a model of consistency on paper, he has proven massively frustrating. He was a long way back in third behind DRUMCONNOR LAD at Fairyhouse recently but before that he seemed to be warming up to the task, finishing runner-up to JIMMY BREEKIE and BATTLEFORD in races at Navan and Leopardstown respectively. A chance is taken that the step up to three miles might suit him, but that is an unknown as the furthest he's gone is 2M 6F. That was in a race at Punchestown in November where he ran well to be just 13 lengths behind MONALEE on soft ground. The favourite here is SENEWALK for Willie Mullins, and he is touching a shade of odds-on, despite having only one visit to the track before today. He was sixth, more than 20 lengths behind MOULIN A VENT here in November, but he was probably amiss that day and can be expected to be better now. He's the unknown quantity in the field but it may be worth sticking with COEUR JOYEUX in the hope that his experience will see him over the line.

KNOCKRAHA KING (3/1) looks a worthy favourite in the 20:15 race on the card having run a good race at Tipperary last time out. He was the first past the post in the 2M 4F contest but was later disqualified on that occasion. That race was awarded to CLOUNTS MEADOW, a horse KNOCKRAHA KING faced in a different race in Thurles in February with CLOUNTS MEADOW coming out on top by two lengths that day. KNOCKRAHA KING runs off the same mark as he had when first past the post in the Tipperary clash, and that gives him a huge chance again with Paul Townend on his back. He's been getting the hang of things since February, having won once and finished runner-up twice in three runs. SEAWEED (9/1) could be the main danger for Tony Martin with Ruby Walsh on his back for his handicap debut. He's feared most but KNOCKRAHA KING can reign supreme.