THE PUNTER'S EYE: O'Brien can put on a 'show' at Limerick races this weekend 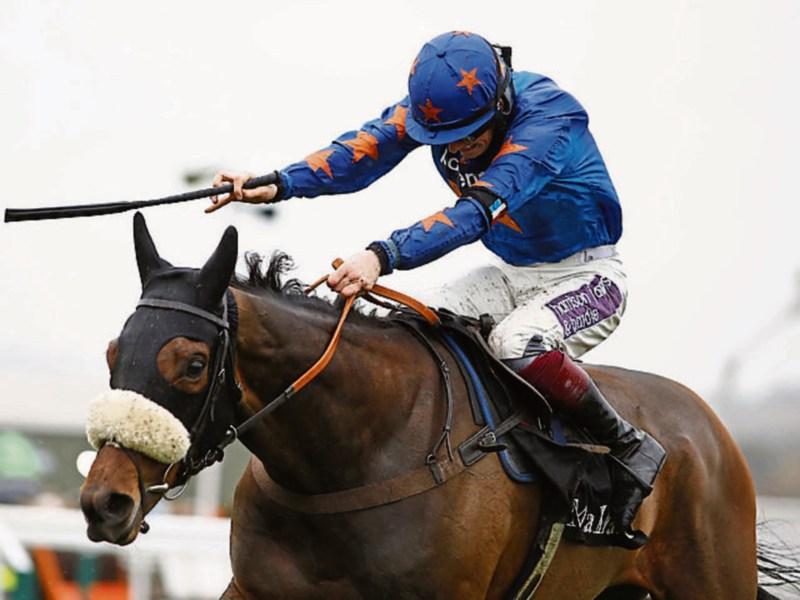 The 13:45 race is an excellent opportunity for PUPPETSHOW (2/1) to get off the mark for Aidan O'Brien. This Galileo filly has been knocking on the door in her three previous starts, finishing fourth, third and second respectively. The three-year-old's best effort to date was her most recent run to be runner-up to stablemate, KEY TO MY HEART at Dundalk earlier this month. PUPPETSHOW carried three pounds more than her rival that day and finished just two lengths in arrears. Before that, she was third behind TEMPERA at Leopardstown. ASKING split them on that occasion, and that one has gone on to win since, franking the form of the selection here. BUTOOLAT and CAMIYRA for Johnny Murtagh's yard are the main dangers, but PUPPETSHOW can get her head in front at the fourth time of asking.

ADIEUX (5/1) can run well in the 14:50 coming off the back of a strong fourth behind KATIYMANN at Leopardstown earlier this month. That was her first run since November, so she will strip fitter now. That run in November was a winning one when she got the better of SURPRISINGLY at Dundalk. SURPRISINGLY bombed out in his only subsequent run, but the third that day, LANDIKUSIC has won since. This race is competitive with the likelihood of 19 runners, and two of the horses taking to the line won their most recent starts. The most interesting of those is ELUSIVE APPROACH for Jim Bolger. This mare is on an upward curve, having won her last two races, beating USA and ATLAS on those occasions. This race is tougher and she was raised nine pounds for that most recent success over USA, and so could be vulnerable. Her steady improvement suggests she may overcome the rise, but ADIEUX has had a decent warm up race for this, and I think she can oblige.

The 15:20 at Navan on Sunday looks an open contest where ALPHABET (5/1) looks likely to go off favourite. She won on her seasonal reappearance at Naas in March, where she had JET STREAMING back in third. JET STREAMING ran a decent race at Tipperary subsequently, finishing fourth. The fact that ALPHABET came back and won after more than six months off the track is a huge positive, but PSYCHEDELIC FUNK (6/1) is just as interesting based on some of its form. He won on debut at Naas last April and followed that with another victory at the same venue just two weeks later. He stepped up in class massively then and ran third behind the still unbeaten CARAVAGGIO at Ascot, before again putting in a decent shift to be second behind PEACE ENVOY in a Group 3 at the Curragh last summer. He was probably amiss when 13 lengths behind CHURCHILL in a Group 1 at the same venue in September, and can go well again here now after a break.

There are some classy entries in the 16:25 race at Navan on Sunday, where last year's Ascot Gold Cup winner ORDER OF ST GEORGE (13/8) is the likely favourite. He hasn't won since, however, and so can be opposed with TORCEDOR (5/1). FORGOTTEN RULES is another classy entrant in this for the Weld/Smullen combination, but Jessica Harrington's TORCEDOR was imperious in slamming that rival, and a host of others, at Leopardstown earlier this month. He meets that one now on the same terms, and the six lengths he had to spare over Weld's charge the last day suggests he can hold form. Jessica Harrington's horses have been in great form on the national hunt scene, and clearly her yard is in tip top order. Therefore, Aidan O'Brien's Gold Cup hero is being opposed in this interesting contest.

The Aintree Grand National had a Scottish winner in ONE FOR ARTHUR, and after OUR DUKE took the spoils in the Irish equivalent, focus now turns to Ayr on Saturday for the Highland showpiece. Thirty runners will go to post for this at 15:55 on Saturday, and a host of them can lay claim to the crown, not least PREMIER BOND (8/1), the current favourite for Nicky Henderson. He has been in fine fettle this term, winning twice in three starts since the turn of the year. He followed that with a good third in the Kim Muir at Cheltenham behind DOOMESDAY BOOK, and has been handed a manageable weight for this. The mammoth trip should suit and he'll certainly be in the frame.

However, the one I'm siding with in this is VINTAGE CLOUDS (16/1) for Sue Smith and owner Trevor Hemmings, who also owned MANY CLOUDS. VINTAGE CLOUDS is largely consistent, having won or been placed in 12 of his 16 starts on the track. He wasn't won, but has been placed, in four out of six chase starts, but conditions are shaping up for him nicely here. He's been second three times since November, and was third in arguably his most interesting performance in a Grand National trial at Haydock in February. That was on the same going as that being forecast for Saturday, and he came in behind VIEUX LION ROUGE and BLAKLION, while GAS LINE BOY trailed him in fourth. BLAKLION was fourth in the Aintree Grand National, and GAS LINE BOY and VIEUX LION ROUGE were fifth and sixth respectively. That shows that Haydock race to have been a strong trial and therefore VINTAGE CLOUDS can produce a winning run here, provided he stays on his feet. He has fallen twice in recent starts, but when he stays up, he always gives his running and the marathon trip will be right up his street.

Elsewhere at Ayr, CLOUDY DREAM (9/4) can bounce back from a narrow Aintree defeat to the re-opposing FLYING ANGEL when they meet in the 14:10. FLYING ANGEL got the better of CLOUDY DREAM at the Liverpool track recently, but their performances in separate races at Cheltenham were very different. FLYING ANGEL was nearly 40 lengths behind YORKHILL, while CLOUDY DREAM was second, just six lengths behind the exceptional ALTIOR. He hasn't won since November, but given the fact he has bumped into the likes of BUVEUR D'AIR (Champion Hurdler) and ALTIOR (Arkle winner) since, he can be forgiven, and bear in mind he has been in the first two home in each of his last nine starts.