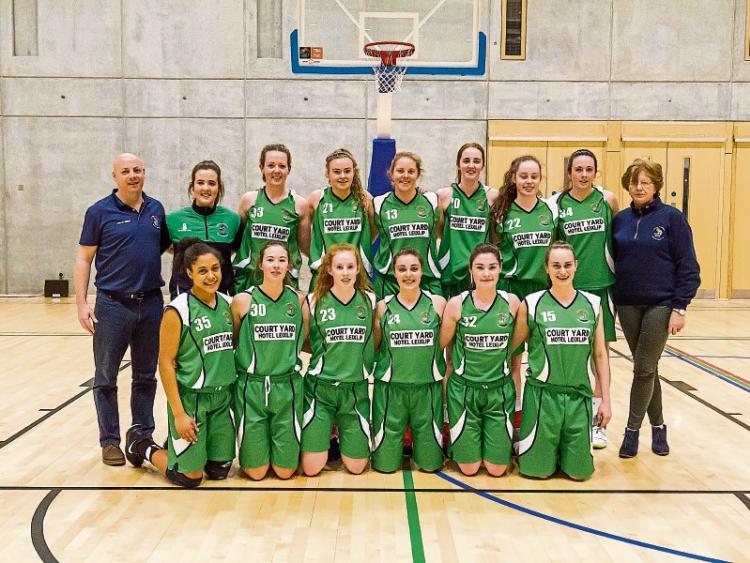 A repeat of this year’s Hula Hoops National Cup final is in store as both Ambassador UCC Glanmire and Courtyard Liffey Celtics booked their spots in the play off final in Letterkenny next weekend.

The game was a mostly comfortable win for the Kildare team, with the difference coming in the third quarter as they managed to keep DCU to just two points, while stretching their lead considerably to go into the last 51-26 to the good.

A late DCU comeback was just not enough and Liffey drove home to win.

It is a win that comes with some worry for Mark Byrne’s side though, as Emma O’Connor was carried off the court with a leg injury that may see her miss out on next week’s clash with Glanmire. O’Connor was the star of the show of Liffey Celtics, driving the Kildare side forward from the off and proving instrumental both on offense and defense before she suffered a late injury. It is hoped she makes a speedy recovery.

The winning of this game for Liffey Celtics came in the third quarter though as, after holding the lead at the end of both the first (21-14) and the second (35-24) quarters, they managed to keep DCU to just two points in the third quarter, while stretching their lead considerably to go into the last 51-26 to the good.

DCU Mercy came back strong in the last quarter though, with Aoife McDermott, Ashley Perez and Aoife Maguire all proving to be instrumental for them, but the damage had already been done and it will be Liffey Celtics who face Glanmire in the Women’s Super League play-off final next Saturday evening in Letterkenny.