In this week's Leinster Leader sport 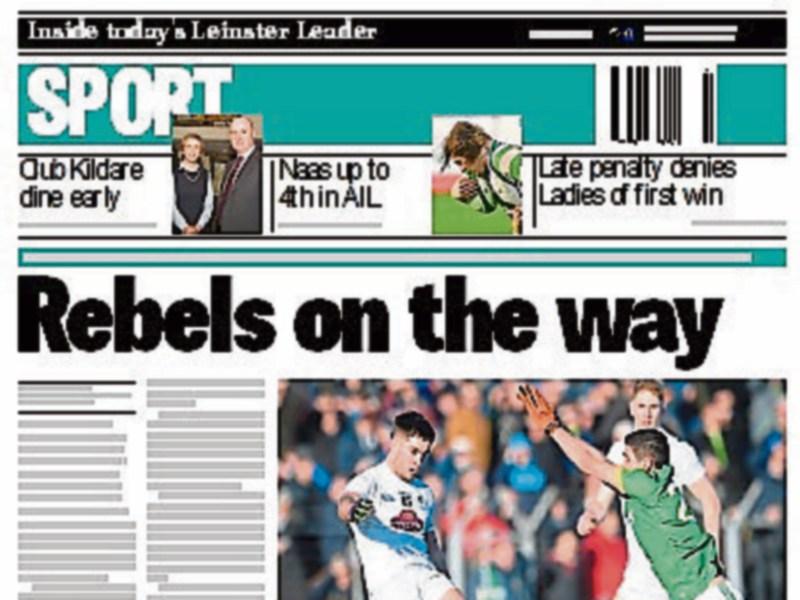 Rebels on the way after encouraging performance against Meath

‘Baller’ Ben gets the fans, and manager,somewhat excited (Tommy Callaghan).

As the Kildare hurlers begin their campaign we look ahead and talk to manager Joe Quaid.

Late penalty leaves The Lilies disappointed in Round 2 of the Lidl Ladies Football League.

The Golf Doctor with Gavin Lunny, plus results from The Fairways.

Rugby: Naas move up to fourth after thrilling win over UL Bohemians.

Wins for Knockaulin Mist and Stripe Mary at Newbridge Dogs.

Racing Affairs: Favs and some dark horses, sort out this supreme puzzle if you can (Robert Catterson).

Boxing: Boys out of contention ... but here come the girls.