U21 Lilies leave it late but advance 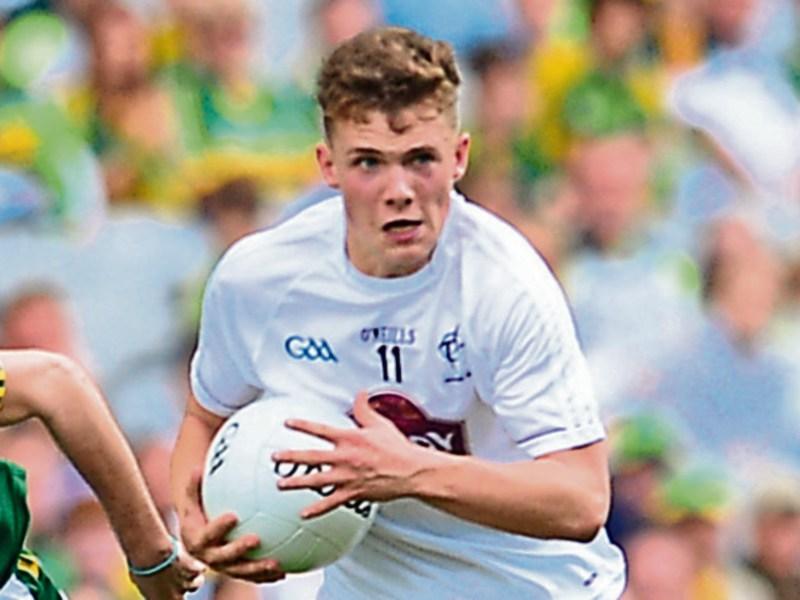 Five minutes to go in this Peter McNulty U21 Football Shield semi final, played at Hawkfield tonight (Wednesday January 25)  and Kildare trailed Carlow by five points (1-8 to 0-6) and on top of that the home side had not raised a flag since the 30 minute of the opening half.

Carlow had completely dominated the second half, with fourteen man Kildare making only rare incursions  into the Carlow half of the field.

Then on 55 minutes Paddy Woodgate converted a free followed three minutes later by a point from Kildare's best forward on the night, Jack Robinson, that left three points separating the sides.

With time running out Cian Costigan gained possession, set up Jack Robinson who was bundled over.

Up stepped Raheens man, Woodgate, he made no mistake to bring the sides level.

From the kick out Kildare again gained control, again a foul ensued and again Paddy Woodgate stepped up to the plate firing over to take the lead and from the kick out the final whistle sounded The Lilie stealing this one on a final score line of Kildare 1-9 Carlow 1-8.

It was that man Woodgate who opened the scoring on two minutes, with a free and while Carlow hit back with two points, Woodgate and two from Jack Robinson had The Lilies leading 0-4 to 0-2 on 13 minutes.

A point apiece followed before Kildare were desperately unlucky when an excellent move saw Cian Byrne blast a goal bound shot off the upright.

Woodgate extended the lead with another free and while Jamie Clarke reduced the deficit for Carlow, Kildare lost Jamie Smith to a second yellow and soon after Jamie Flynn to a black card.

Darren Looney had the sides level on 27 minutes before Danny O'Sullivan sent Kildare in at the break, leading by one, 0-6 to 0-5.

Offaly dominated the second half leveling before taking the lead with a Looney point  and when Shane O'Neill found the Kildare net and Sean Bambrick added a point it looked done and dusted for Carlow.

But Carlow failed to score again as Kildare made that storming finish to book a Shield final spot.