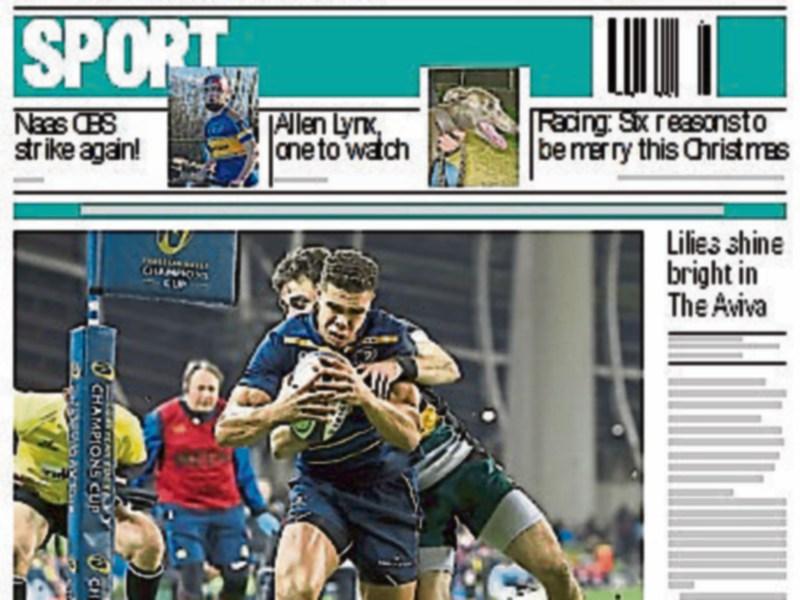 ‘Until you get broke up, you think it’s the greatest game in the world.’ Two page interview with top jockey Ruby Walsh.

Rugby: Cill Dara back on top in Division 2A (Dermot O’Mahoney).