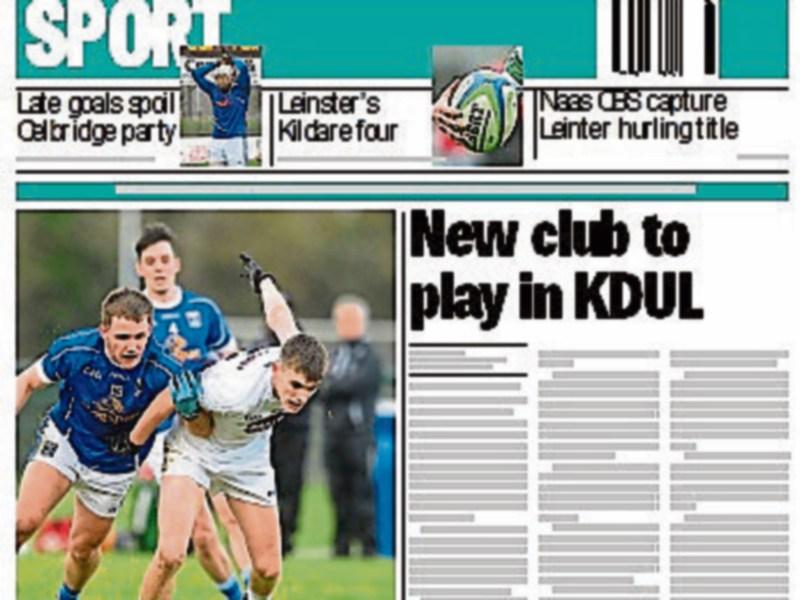 Newbridge United to play in the KDFL.

Monasterevan clinch U21 B football title.

Lilies lose out to Cavan in useful exercise, report and reaction.

New managers for Clane and Rathangan.

Orienteering from the Curragh

Racing Affairs: Tingle Creek Chase drama ensures that was one hell of a weekend (Robert Catterson).