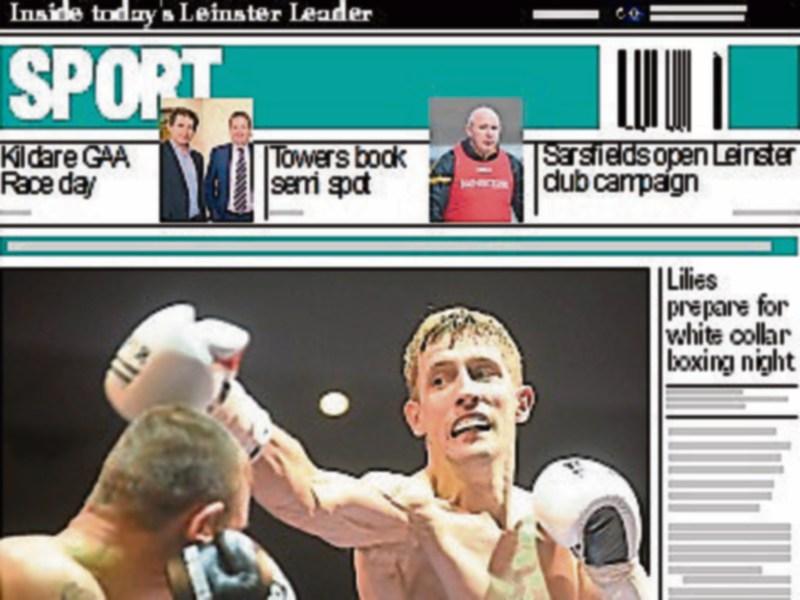 Towers see off O’Dempsey’s and prepare for semi final this Saturday against St Colmcilles (Meath) at St Bridget's Park,  2 pm

Sarsfields open their Leinster campaign on Sunday away to Sean O’Mahoneys of Louth in Drogheda (2 pm).

Naas hurlers chalk up another title

Moorefield and Naas advance to U21 football final.

Eire Og-CC make no mistake at second time of asking.

Another brilliant win for Naas in Ulster Bank AIL

Racing: Gone from sport but not forgotten (Robert Catterson)