Now is the time for Kildare GAA fans show their support 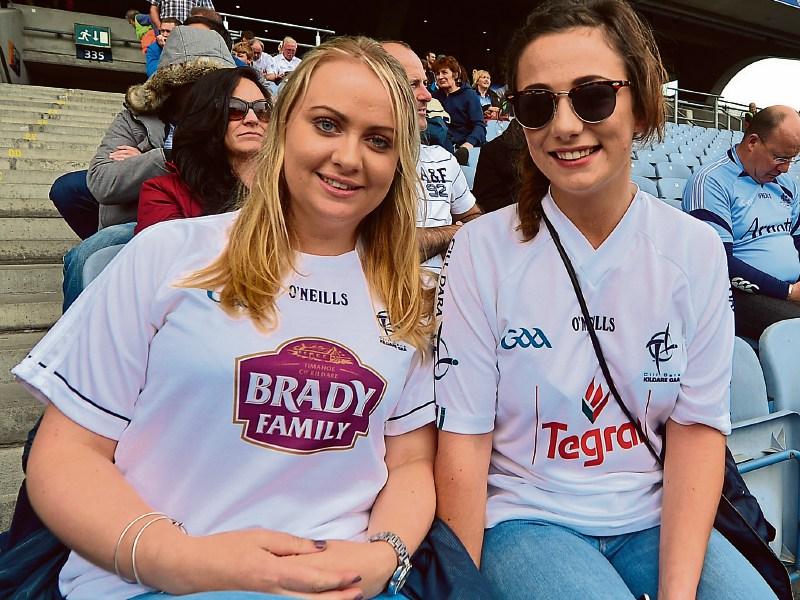 I will tell you one thing, says your man at the end of the counter, “if Kildare continue to play that type of football I for one won't be going to see them anyway.”

Not an unfamiliar refrain over the past week or so and judging by the number (or should that be lack of numbers) at the Kildare v Westmeath game last Sunday week, it could be a worrying, growing trend.

Ironically, when I asked this fella what did he think of Westmeath, he replied “Can't say, I wasn't at the match.”

"And were you at the Wexford game?"

“No wasn't at that either.”

When was the last time you were at a Kildare match, I asked, as I could feel my blood boiling by the second.

“And look at the way they're playing now,” says he “all defensively and that rubbish."

"For a lad that hasn't seen them playing for some time you seem to know an awful lot about them," says I.

“I saw the highlights on the telly,” says he as he takes another slug out of his pint.

"And if they were playing what we regard as attacking, fifteen-on-fifteen, style of play would that bring you back?" says I.

“But sure they did that last year and look what happened them against Dublin and then Kerry,” says he.

"Were you at those games?"

“No, I told you I haven't seen them for a few years; sure they're no feckin' good.”

There's no talking to this type of Kildare 'fan' but, having said that, over the past number of years the Kildare support has fallen and fallen dramatically.

In fact if I hear someone saying again that Kildare are one of the best supported teams in the country I will explode.

That is an absolute myth.

Kildare, like most other counties, have a core support of a few hundred that will be there come hell or high water; come division 1, 2 or 3, come Leinster Championship, come Qualifier, come whatever.

But as regards having a big fan base? Forget it. Only a few months ago Siopa Cill Dara was closed in the Whitewater due to lack of support.

Just enquire from the good folk at Hawkfield about ticket sales and you will be enlightened very quickly.

Sure, everyone loves a winner. There were probably more people attending training back in the late 90s than are actually following Kildare at present.

And it won't change until The Lilies not only show signs of improving but show signs of becoming competitive against the big boys.

Patience is something that does not come to mind when you are a Kildare follower.

For a county that has not won an All Ireland since 1928; has won two Leinster titles in the past 60 years; has never won a national league but at the same time has shown in recent times work at underage level is certainly paying dividends, but these things take time, and dare I say it, patience.

I'm not saying the present management structure has all the answers but at least give them a chance, as well as a lot of young and inexperienced players.

As for your man at the end of the counter, the less said of him and his like the better.

He is probably one of those lads that sought out, and probably managed to get, a ticket back in 98 - without attending a game throughout that glorious season.

Real supporters don't abandon their county when times are tough. Real and genuine supporters stand by them in their hour of need.